Spaceballs. June 16 (Fox Home Entertainment, $29.99) Mel Brooks' Star Wars-blasting parody becomes the future of entertainment on Blu-ray. For a 20-plus-year-old catalog title, the film looks wonderful in high definition, and the absolute encyclopedia of extras (including a "ludicrous speed" viewing option and audio tracks in alien languages) offers more background material than you can shake a Mawg at. At the same time, most of the bonus materials are holdovers from standard-definition editions, making the Spaceballs Blu-ray a choice buy primarily for high-def devotees and Brooks fans.

Inkheart. June 23 (Warner Home Video, $35.99) Brendan Fraser embarks on another fantastical adventure—and a literary tome finds new life—thanks to this new Blu-ray. The presentation quality is terrific, while the extras reflect the film's love of the printed page, thanks to featurettes involving the cast, crew and original author. But while one feature offers an original story concocted line by line by the cast, its end result is inspiring viewers to do the same with friends and family, making this a worthwhile purchase as a teaching tool as well as a piece of entertainment.

Street Fighter: The Legend of Chun-Li. June 30 (Fox Home Entertainment, $39.99) Director Andrzej Bartkowiak's resuscitation of the Street Fighter franchise improbably lives on thanks to an extended cut of the film and surprisingly extensive bonus materials. Having seen Chun-Li in theaters, I can confirm that the Blu-ray offers the best presentation yet available, while a few minutes of new footage add little to the film's lackluster story and characters. Unfortunately, Chris Klein—not to mention the rest of the cast and crew—isn't aware how unintentionally hilarious the film actually is, so this set is a must-have strictly for fans only, while everyone else should see it only if they desperately need a good laugh. 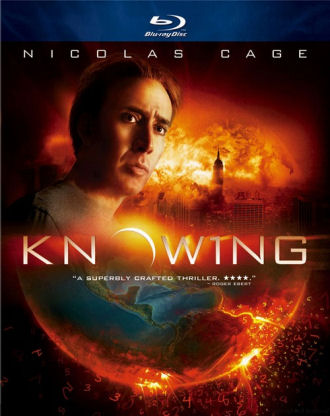 Knowing. July 7 (Summit Entertainment, $34.99) Alex Proyas' overlooked opus starring Nicolas Cage gets another chance to shine. The movie, which features a remarkable series of effects-driven set pieces, looks amazing in high definition. The modest slate of extras expands on the story's epic vision. This generally slim set befits the movie's underwhelming performance in theaters, but the film's execution and volume of ideas make it a worthwhile rental or blind buy.

Crouching Tiger, Hidden Dragon/House of Flying Daggers/Curse of the Golden Flower Trilogy. July 14 (Sony Pictures Home Entertainment, $92.95) Sony brings together three action-filled Asian masterpieces in one superlative set. The set offers Ang Lee's Crouching Tiger for the first time and features a spectacularly beautiful presentation of all three movies and their extras. Any of these films alone would be a reference-disc-quality acquisition for a collector of high-definition releases. As a trilogy, the set surpasses any other catalog set to be released in July. I can't imagine a more consistently worthy multi-movie collection released all year.