If you're the kind of fan who think the best way to end Twilight is to have Buffy drive a stake through Edward Cullen's heart, here's a treat: the cover of the latest Buffy comic lampoons The Twilight Saga: New Moon, below. 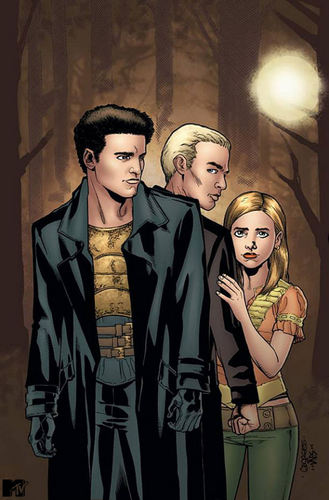 Compare it with the original art for New Moon at the bottom of the story.

The cover is by Buffy artist Georges Jeanty and will grace issue 36 of the "season eight" series of comics. The official description is below.

Writer: Joss Whedon
Penciller: Georges Jeanty
Inker: Andy Owens
Colorist: Michelle Madsen
The Big Bad finally stands revealed--Angel is Twilight, and it's tearing the Scoobies apart, testing the limits of their friendship. Seems like a perfect time for Spike to come back.

Joss Whedon writes the final five issues of Buffy Season 8, taking his greatest characters to places only he can take them! Teamed with series artist Georges Jeanty, Joss counts down to the biggest Buffy final ever--and it starts right here!
On sale: September 1, 2010
Price: $2.99

How much do we love Buffy?

(Thanks to MTV.com for the exclusive!) 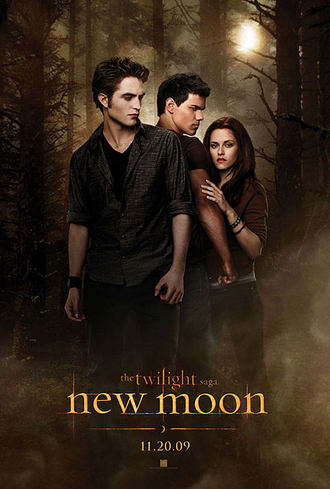