Burned Freddy and the other hottest movie toys of the year

One of the lesser-known perks of wandering the booths at the American International Toy Fair (going on this week in New York City) is all the virtual sneak peeks you get for upcoming films via the toy licenses, including the first look at Freddy Krueger in full burn makeup from the upcoming reboot of A Nightmare on Elm Street.

Companies often debut their movie tie-in action figures, busts and collectibles for the first time to the industry, and the lucky press get to see them, too.

This year some of the most anticipated sci-fi, horror and comic-book movies were represented on the shelves, including Kick-Ass, A Nightmare on Elm Street, The Green Hornet, Prince of Persia: The Sands of Time, Iron Man 2, Jonah Hex and Clash of the Titans. We've got a rundown of the most anticipated; click on the images for large versions.

A Nightmare on Elm Street NECA, available at the end of March 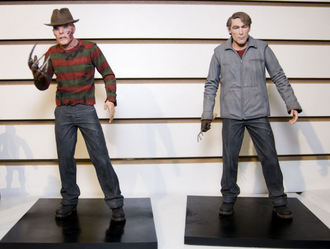 The two new action figures includes the first good look at the new Freddy Krueger, played by Jackie Earle Haley. The remake of A Nightmare on Elm Street hits theaters at the end of April. One of the new figures features Haley as Fred the pedophile before his death, and features accessories of a garden tool and a glove to foreshadow the razor glove. The other is the new Freddy with two different heads, featuring an open and a closed mouth. 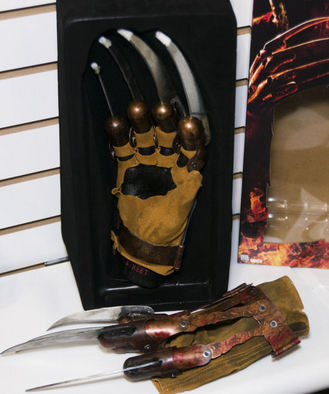 There's also a prop replica of Freddy's new razor glove done with full metal in a shadow box for display. 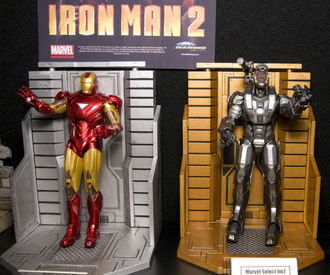 DST unveiled its Marvel Select figures for Iron Man 2, the only full-sized 7-inch figures for the film, including War Machine, the Mark IV suit and the Mark VI. The War Machine figure in particular gives a great look at the detail of Don Cheadle's character's own armored suit. 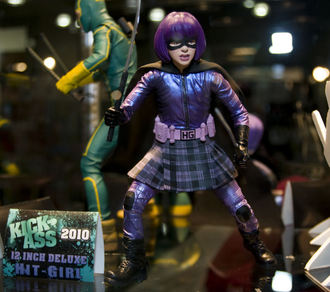 The initial Mezco Kick-Ass line features 12-inch and 7-inch figures of Kick-Ass in his green gear and Hit-Girl in her purple school-girl costume. If the movie turns out to be a hit, expect an expansion of the line beyond these two. 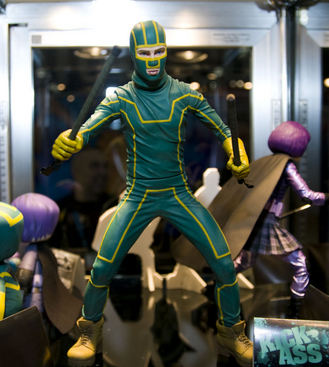 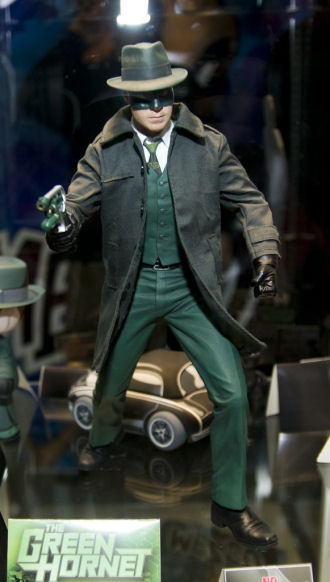 Mezco shows off a figure of Seth Rogen's new superhero in 12-inch form, wearing the Green Hornet costume from the film. They will also offer their urban vinyl Mez-itz versions of the Hornet and Kato and, for the first time, a Mez-itz vehicle, the Black Beauty.

Prince of Persia: The Sands of Time LEGO, available in April 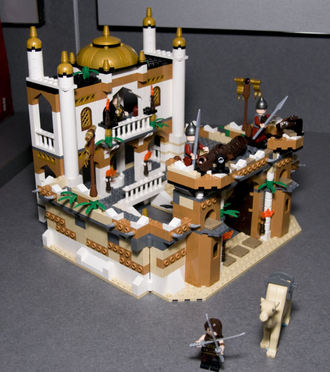 Lego has several playsets that tie in with Disney's live-action Prince of Persia, starring Jake Gyllenhaal. The names of the sets give some clues to what we'll see on the big screen: The Fight for the Dagger, Desert Attack, The Ostrich Race and the 821-piece castle playset called Battle for Alamut. 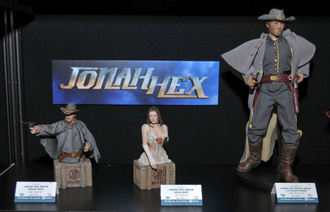 Two big collectible companies are doing figures for Jonah Hex, starring Josh Brolin, based on Vertigo's comic-book series. DC Direct has a 1/6 scale figure of Jonah in his Confederate-era uniform and a resin bust of Jonah and his lady friend, Leila (played by Megan Fox). 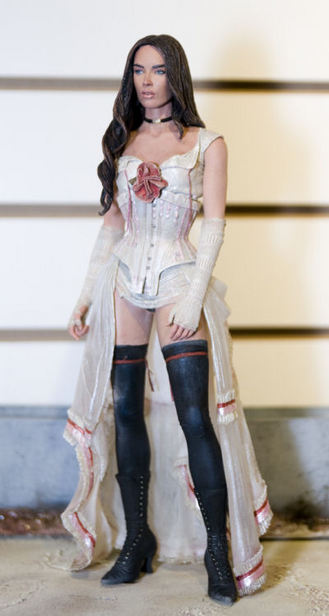 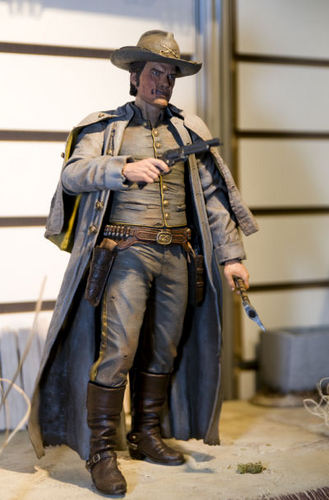 Over at NECA, they've got smaller figures with a lot of detail, especially for Jonah's trademark disfiguring facial scars. And Leila gets the full body treatment with a figure that shows off her, uhm, lack of costuming.

Clash of the Titans NECA, available in March 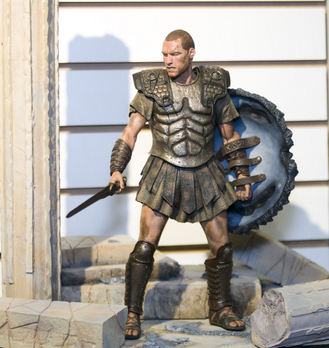 Sam Worthington looks very gladiator-esque as Perseus in the remake of Clash of the Titans. Right now he's the only figure NECA is doing from the film, as they had a short window to get any figure out for the release date of the movie in April. But if the film and Perseus sell well, NECA will produce follow-up characters from the Greek-mythology-packed film. Do we hear a Kraken in the distance?

What do you think of these first looks at film toys?

For the latest sci-fi news, follow us on Twitter at @scifiwire
Tag: A Nightmare on Elm Street
Tag: Clash of the Titans
Tag: Iron Man 2
Close Search Return to SYFY homepage.