Even in an era of renewed interest in adapting and reflecting on the works of Stephen King, Castle Rock always felt like a particularly ballsy proposition.

As the new big-screen version of IT crept closer to production, fans wondered if Andy Muschietti's film could ever hope to capture the imaginations of viewers in the same way the original miniseries transfixed and terrified legions of '90s kids, but even skeptics could agree the project made sense from a commercial standpoint. IT turned into a massive success, fanning the flames of the King renaissance, and then it was time to see if another group of creators could pull off an entirely different feat: Create a Stephen King story that King never wrote.

**Spoiler Warning: There are spoilers for the first three episodes of Castle Rock below**

At a very basic level, that's what Castle Rock — the new Hulu original series from creators Sam Shaw and Dustin Thomason — is trying to do. Its aesthetic goals are comparable to Stranger Things, a show that works hard to recapture the bicycles-zipping-through-the-night fun of spooky '80s tales delivered to us by the likes Steven Spielberg, Joe Dante, and yes even Stephen King. Unlike Stranger Things, though, Castle Rock is not merely attempting to capture the flavor of King. It is nakedly declaring, by asking for King's blessing and centering its story and very name on the author's famed fictional Maine town, that it would attempt to directly evoke King without actually copying him. In the public eye and in the fabric of the story itself, King is more than just an influence on Castle Rock. The two will be forever joined.

So, how do you join so closely with the King of Horror while still telling your own story? How do you walk in his fictional landscape while also placing your own signposts along the way? You can start, as the films of the Star Wars sequel trilogy did so successfully, with a host of new characters to interact with the old, and Castle Rock certainly does that by giving us the likes of Henry Deaver (Andre Holland), Molly Strand (Melanie Lynskey) and the still-mysterious Kid (Bill Skarsgard) rubbing elbows with the aged form of one King's greatest creations: Sheriff Alan Pangborn (Scott Glenn, this universe's version of Han Solo from The Force Awakens). These characters feel like they could have fallen out of one of King's novels, but they behave in new and distinct ways. It's a very good start.

What really puts Castle Rock over the top, though, when it comes to rubbing right up against the realms of King while also blazing its own trail, is what the show does with the single most famous setting in any of King's stories: Shawshank State Penitentiary.

Shawshank doesn't hold the same menacing allure among horror fans as Castle Rock or Derry (the site of IT), but its use as the setting for King's novella Rita Hayworth and Shawshank Redemption put it on the path to being the one Stephen King locale that pretty much everyone and their grandmother knows by name. The Shawshank Redemption is a film so beloved, so ubiquitous on basic cable, and so popular among both King devotees and people who've never read a scary story in their lives, that it's an instant touchstone within the context of the show. We hear "Shawshank" and we think we know what to expect.

And indeed, some of what we expect is absolutely there, which is part of the brilliance of Castle Rock's treatment of the landmark. This version of Shawshank has the imposing stone walls, the cold structure of the cells, the wood-lined interior offices, and even a morally dubious warden (Ann Cusack) who, with the help of her slimy assistant, often places her career over other considerations, like the legal rights of The Kid. That all places Shawshank within the realm of the familiar for King fans, who have come to view the stone towers of Shawshank and its often callous staff as obstacles on the road to redemption.

The Kid's infamous cage is hidden inside a massive metal container, which is itself behind a massive door, which is itself lodged within the ruined, ash-covered wasteland that is Block F. Officer Zalewski (Noel Fisher) has to really work to find it, and when he does, everyone seems amazed that it could be there at all, not just because of the humanitarian horrors it raises, but because of the sheer effort it took to craft such a hideaway. Warden Lacy (Terry O'Quinn) claims in a voiceover that he built the cage on a direct command from God, and Pangborn claims Lacy told him once that he'd caught the Devil ("the devil was a boy," Pangborn says) in a cage.

You put this all together on one level and you've got the conclusion the guards draw early on: That the Kid is some sort of sex slave Lacy went to great pains to tuck away before his suicide. You put it together in the Castle Rock way, and it's something far more unsettling.

Instead of an ordinary prison headed by a corrupt warden, Castle Rock's Shawshank becomes a seemingly ordinary prison headed by a corrupt warden that — through an act of near-excavation — reveals something even darker than secretly ordering the execution of prisoners. Did the Kid come from a portal to hell beneath the prison? Did he come from somewhere else? Is he wielding a supernatural influence over the place now that he's out of his cage, or are the guards just going crazy? And what does this all have to do with Henry Deaver and his own mysterious disappearance, apparently to some parallel dimension, years earlier?

These questions transform Shawshank from a place where you can find redemption to a place where a ruination far worse than life in prison awaits, and that's pretty far removed from anything in King's original incarnation of the place.

And yet, because this is the world of Stephen King, there is all the precedent in the world for something like that to happen. Caste Rock is home to realistic stories like Cujo, but also to flat-out supernatural madness like Needful Things. It's a town where you can walk into the local bar and you're just as likely to hear a story about a grisly murder as you are to hear a story about a very real ghost. Castle Rock radically alters the way we see Shawshank as a place in the Stephen King landscape, but King's own words enchanted that landscape before the show got there. 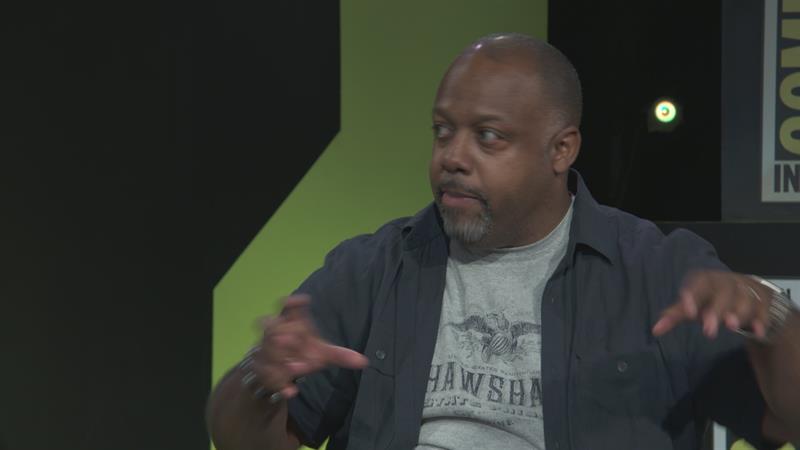 That Castle Rock's writers not only understood this potential, but embraced it, is the greatest strength this show has demonstrated so far. It could have been a full-blown ripoff of King's tales, with story elements each yanked unceremoniously from one novel or another and then pasted together. Or, it could have been something that only capitalized on the King name and shamelessly went its own way. Instead, we got the perfect dance along the line between those things: A show that knows what makes King's world so compelling, absorbs it into its own fabric, and then weaves something new.

King has often said that he believes stories are found things, like fossils, and the job of the writer is to excavate them. The Castle Rock writers took that advice, dug a little deeper, and what we got was a brilliant twist on a familiar place that's as creepy as it is irresistible.

All of the Stephen King Easter eggs in Castle Rock
Why is Bill Skarsgard such a damn snack on Castle Rock?