Summit Entertainment has released two new images from the upcoming college-girls-with-sharp-instruments horror thriller Sorority Row, which you can view after the jump.

Here's how Summit describes the reboot:

When five sorority girls inadvertently cause the murder of one of their sisters in a prank gone wrong, they agree to keep the matter to themselves and never speak of it again so they can get on with their lives. This proves easier said than done when, after graduation, a mysterious killer goes after the five of them and anyone who knows their secret ...

With a screenplay by Josh Stolberg and Peter Goldfinger and directed by Stewart Hendler, Sorority Row opens Oct. 2. (Click on the images for larger versions.) 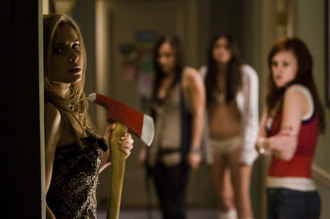 Leah Pipes (from left, with ax), Brianna Evigan, Caroline D'Amore and Rumer Willis are true to their school 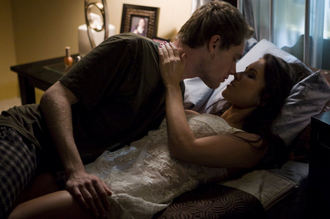