We'd already heard that Crossbones would be a featured baddie in the upcoming Captain America: The Winter Soldier, and now the Marvel gang has finally cast the role. So who will be battling it out with Cap (Chris Evans) in 2014?

According to Variety, Frank Grillo (The Grey, Zero Dark Thirty) has won the role and will soon become the vicious baddie.

The character first appeared in the comic canon in 1989 as Brock Rumlow, a member of the Savage Crims gang. He later joined a school for criminals and became a henchman of the Red Skull under the code name Crossbones. 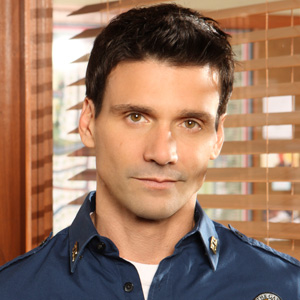 Grillo has made the rounds on guest spots in television for years and just recently broke out a bit with a role in The Grey. Next up he has a spot in the action flick Zero Dark Thirty.

He definitely has the action chops to pull it off, and we're excited to see him go toe-to-toe with America's favorite hero. The character has been pretty formidable in the comics and should hopefully rock the big screen.

What do you think? Good casting choice?