Jacked up for the long-awaited Neuromancer film? Take a look at the cool close-up image in the film's teaser one-sheet and try not to flatline before it comes to theaters.

William Gibson's sensational debut cyberpunk novel from 1984 triggered a new age of gritty sci-fi literature and created a whole hip vocabulary of colorful hacker slang. But its path to Hollywood has been marred by ego battles, false starts and adandoned screenplay drafts.

Now the wait will soon be over, with the upcoming Vincenzo Natali-directed version of Neuromancer slated to start filming sometime next year and pre-viz effects work already humming. It was recently revealed that Liam Neeson and Mark Wahlberg were offered the two lead roles, but no contracts are signed as of yet.

Hold out your hand and plug in ... 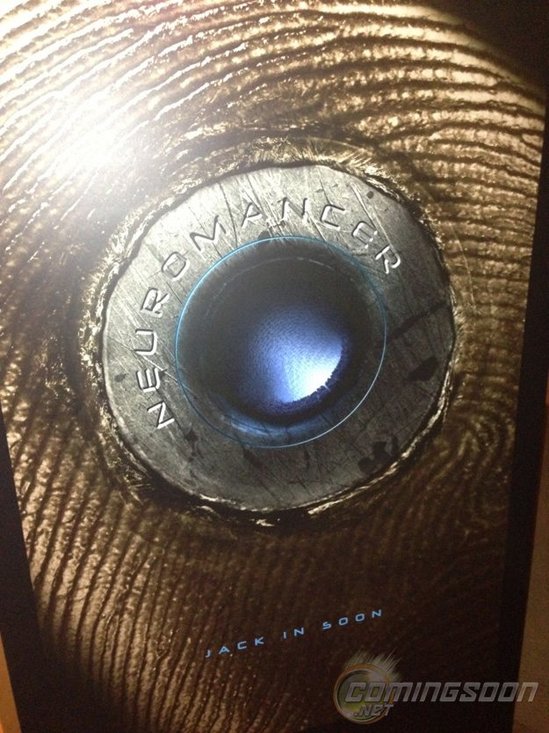 Excited to finally see Case on the silver screen? Are you down with the poster's retro cyber-style look, or is it ready for an upgrade?