Aliens vs. Predator, Star Trek: Nemesis, The Matrix Revolutions. Admit it, we've all had our hearts broken by a string of crappy sequels and spinoffs.

But we have also harbored hope that someone, somewhere would craft a real sequel to our favorite movies, something that raises them to another level while honoring the originals in the telling. These are the sci-fi sequels we'd REALLY like to see, with posters created by artist Chris Kalb, after the jump. (Click on the images for larger versions.) 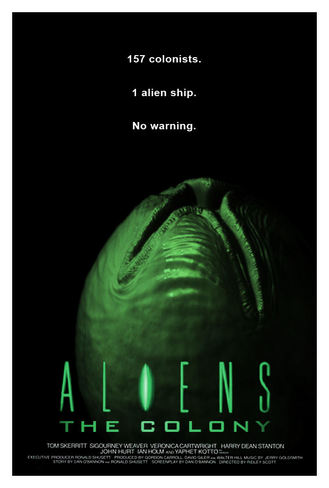 What It Is: The Alien franchise returns to the scene of its most successful outings—planetoid LV-426. We see the colonists of Hanley's Hope, including Newt's family, as they fight for survival while elements of the Weyland-Yutani Corp. seek to exploit the xenomorphs in the derelict alien ship for their own ends.

Why We Want It: Depending on your opinion of Alien 3, it's been either 23 or 17 years since someone's told a compelling story in the universe Ridley Scott created with his 1979 film. The time is ripe for it to be reclaimed from crappy vs. Predator movies and comic books.

Who Could Do It: The key here is to rescue the aliens from the PG-13 action shlockfests in which they've appeared recently, and to make them grotesque and SCARY again. Swedish director Tomas Alfredson, whose Let the Right One In is one of the creepier films of the past year, could really bring across the dread of an isolated colony being eaten from the inside. 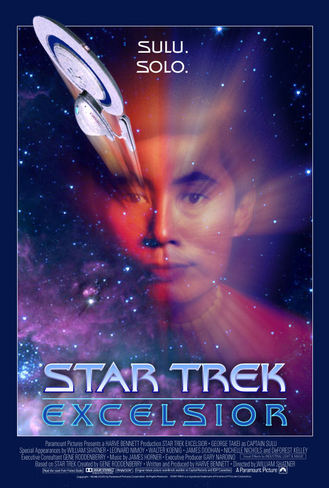 What It Is: Being the story of Capt. Hikaru Sulu in his command of the Federation starship U.S.S. Excelsior, and the adventures he found during that tenure. Also, a reminder that there are great characters in Gene Roddenberry's universe other than Kirk and Spock.

Why We Want It: George Takei! Who DOESN'T love George Takei? The veteran actor has shown in his role on Heroes that he still has the chops, and the appearance of Sulu as captain of the Excelsior in Star Trek VI was a great moment that left viewers wanting more.

Who Could Do It: George Takei. All due respect to John Cho, who's playing Sulu in the new Star Trek, but for a starship captain, we can accept no one besides the original. And we'd give Battlestar Galactica mastermind Ronald D. Moore a chance to return to the Star Trek fold, a little older, a little wiser and with the success of BSG to buoy him. 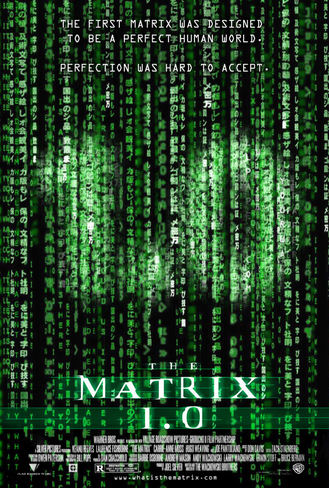 What It Is: The Animatrix filled in the backstory about the rise of the Machines in the Matrix universe. The Matrix 1.0 would take audiences through the Machines' first attempt to enslave humanity in their own minds, and the Oracle-led conspiracy that led to the initial human resistance and the creation of The One.

Why We Want It: You may feel, as most do, that the Matrix series went off the rails in its second two films, but the first remains a classic that holds up to repeat viewing today. The creation of the Matrix is one of the great unexplored elements of the franchise, with lots of thematic room to portray the Machines' motivations and the initial discovery of certain ... key anomalies.

Who Could Do It: We want a producer on hand who could rein in the visionary Wachowski brothers and remind them that philosophy is good as long as it's leavened with generous helpings of action and wire-fu—someone like Christopher Nolan, who's shown great aptitude at combining thought and action. 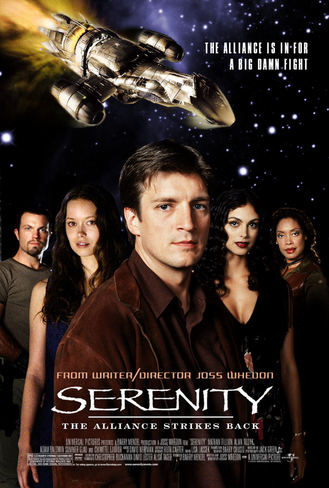 Serenity 2: The Alliance Strikes Back

What It Is: The sequel picks up the story after the Alliance's evildoing has been revealed and depicts the Browncoats' final rebellion against the cynical galactic empire, Mal Reynolds' reconciliation with his past and River Tam's war on the system that created her. And we need to see Mal and Inara finally get together.

Why We Want It: Serenity left the door open for a return to the universe populated by such awesome characters as Mal, River, Jayne and Kaylee. A sequel would bring closure and open the 'Verse to more stories about the intrepid crew.

Who Could Do It: We want everyone involved in the original show and movie back for Serenity 2. Joss Whedon must write and direct. Nathan Fillion must star. Adam Baldwin must wear a stupid hat. 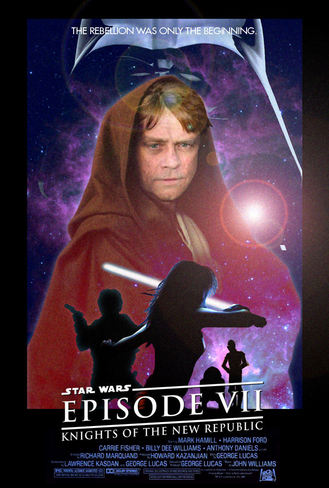 What It Is: Episode VII moves the story of the original trilogy forward, unspooling a new space fantasy about an older Luke Skywalker, Han Solo and Leia Organa—and their offspring—as they shape a new order in that galaxy far, far away. Key expanded universe characters such as Mara Jade, Jacen Solo and Ben Skywalker join a cast we already know and love, taking on the warlike Yuuzhan Vong.

Why We Want It: Because we've had it with the Clone Wars. Because, despite the fact that a great deal of it is crap, the expanded universe books and comics have set a fairly intriguing path for the franchise's iconic characters and provided an enemy that might actually, you know, pose a threat (seriously, they killed Chewbacca).

Who Could Do It: While it'd be impossible to divorce him from the proceedings completely, George Lucas must be kept as far away from this film as possible; give him an honorary title and something shiny to play with, and instead hire filmmakers who will bring a fresh but respectful perspective to the material. Someone like Peter Jackson has already demonstrated an ability to handle both the logistics of an epic and the expectations of a million fanboys.