Readers too young to remember the 20th century may not realize the special significance the year 1999 has always held for those of us who do. As the end of both a century and a millennium, and the ticking over of a grand odometer, it was the dividing line between past and future.

Back in the '20s and '30s it meant simply "a really long time from now." In the 1970s, with movies like 2001: A Space Odyssey and TV shows like Space 1999, it meant "a generation from now"—enough time for certain aspects of our civilization to be transformed, while leaving the fundamentals intact.

But by the mid-'80s, with Prince's pop music hit 1999 and the John Carpenter movie Prince of Darkness, it had begun to take on a different tone. 1999 was tangible, actual—a year that most of us would to live to see. And of course in the '90s it was something imminent, and like any graduation date it was anticipated with equal parts elation and dread— the special dread that comes from knowing things are about to change. The zeitgeist was a little off; people were more worried about impeachment and protesters and the Y2K bug than about terrorism or the fragile state of the global economy, but there really was a feeling in the air that we'd had it too easy for too long, that our fortunes were poised to take a turn for the worse. 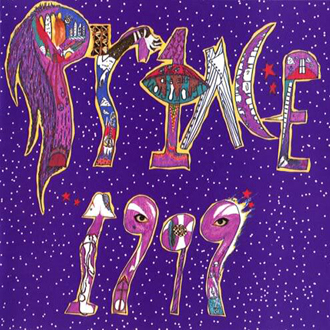 Well, now it's 2009—a less magical date, but still a vaguely portentous one. Numerologically speaking, nine means you're about to make room for another digit. It means change, dislocation, uncertainty. Of course, the universe couldn't care less what numerals we assign to things, but our own minds are not so equable. Even the skeptical among us can't help believing, at least metaphorically, in the power of certain numbers, certain times and seasons and phases of the sky to affect our lives. And even if we don't believe, enough people around us do that the prophecies become self-fulfilling anyway. Yes, the crazies really do come out for the full moon, if only because they've been told they're supposed to.

Also, nine is a lucky number in China, being associated with leadership and longevity (but not, sadly, with peace or tranquility), and the number 99 forms a kind of dirty joke in pinyin. And September, the ninth month, lies under the stars of Virgo, the virgin (another joke?). Caught between Leo and Libra, it's the end of summer, the start of autumn and of the school year, a time when frivolity gives way to seriousness, when leaves change color, crops are harvested and laid in for winter, and the chirping of the crickets has a sort of doomed quality to it.

Nein also means "no" in German, and "nigh on" means "almost" or "about to be" in olde tyme English, so it's not a huge psychological stretch to feel these meanings at the back of our minds when we think of that largest of single-digit numbers. 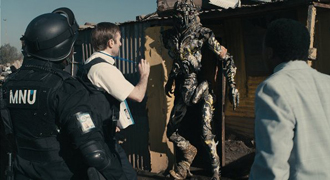 For better or worse, D9 appears to be both a critical success and a box-office hit, despite some rather glaring credibility problems. Without making a whole thing out of it, I'll just say that with 20 years to reverse-engineer an alien spaceship and its associated weaponry, I'd expect the Afrikaaners to make a leeetle more progress than the film says they have. Just because the technology is biomechanical and requires alien DNA to function does not mean we can't identify and learn from its different components. Here a power pack, there a magnetic coil ...

Similarly, I really can't understand why literally all of the "prawns" are in a refugee camp. Maybe they're "just" displaced worker bees with bad attitudes and minimal education, but even so, wouldn't every university in the world want to host a family or two, to pick their alien brains for random tidbits of astronomy and physics and galactic cultural history?

But then again, the movie is trying to make a political point rather than a technical one, and details like that simply get in the way. We're meant to read this as allegory, and so we shall—whatever you say, Neill and Peter—and on that basis it's not a bad flick. Just don't ask too many questions. 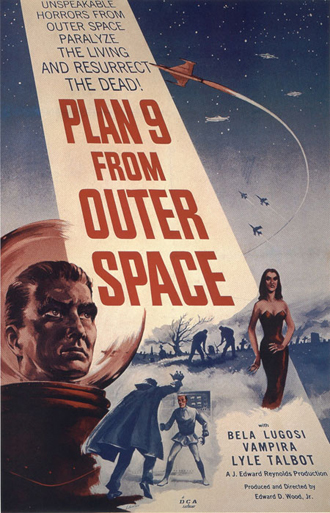 Anyhoo, the thing that really catches my attention is that an MST3K-ified version of Ed Wood's C-classic Plan 9 From Outer Space is scheduled for release later this month. This is not a remake but a reshowing of the original film with comedians shouting prerecorded insults at the screen, and following closely on its heels is Tim Burton's animated 9, and another nine movie (this one not science fiction but a rebooted Fellini musical) called Nine.

Even by the standards of faddish Hollyweird, it's a little strange to have five movies out at the same time with essentially the same name. Is there something in the air? A whiff of nervous energy, a fear of impending change?

There's Spanish 9 coming up as well—a short movie for the film festival circuit—although it's pronounced "nueve," which sounds to American ears like "new" or "nerve" or "wavy," and there's an Argentinian Nueve for the fall season as well. Are these movies trying to tell us something? Is reality due for a churn?

I'd like to say more—numerology is a rich topic I've never addressed before—but numerology itself encourages me to cut this short. Just to be safe, I'm keeping this column to exactly 999 words.

Wil McCarthy is a rocket guidance engineer, robot designer, nanotechnologist, science-fiction author and occasional aquanaut. He has contributed to three interplanetary spacecraft, five communication and weather satellites, a line of landmine-clearing robots and some other "really cool stuff" he can't tell us about. His short writings have graced the pages of Analog, Asimov's, Wired, Nature and other major publications, and his book-length works include the New York Times notable Bloom, Amazon "Best of Y2K" The Collapsium and most recently, To Crush the Moon. His acclaimed nonfiction book, Hacking Matter,is now available as a free download.