New images from James Cameron's Avatar have surfaced online at Spoiler TV, and you can view some of 'em after the jump.

The new images give a good look at the Na'vi warrior Neytiri, voiced by Zoe Saldana, and Sigourney Weaver's character, Dr. Grace Augustine, who kinda looks like a mature Ripley returning to LV-426.

Avatar is the story of an ex-Marine who finds himself thrust into hostilities on an alien planet filled with exotic life forms. As an "avatar," a human mind in an alien body, he finds himself torn between two worlds in a desperate fight for his own survival and that of the indigenous people. The movie opens Dec. 18.

Click on the images below for larger versions and head over to Spoiler TV for more images. 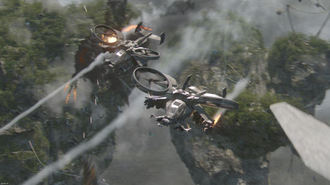 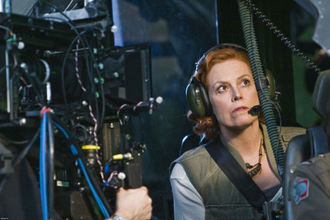