Could a sci-fi writer win the Nobel Prize for Literature?

Why does the jury that awards the Nobel Prize for Literature hate us?

By "us," I mean, of course, hardcore writers and partisans of fantastika, people unafraid and unashamed to boldly identify themselves primarily with the genres of science fiction, fantasy and horror, rather than with mainstream, mimetic literature.

I think I can safely say, without being privy to their secret deliberations, that the jury has never once seriously considered confering a Nobel Prize on any writer whose overall body of work has been in science fiction, and who has forthrightly labeled himself or herself an SF geek.

Death has sadly removed from the running most of the SFWA Grand Masters who should have gotten a Nobel: famous, worthy names such as Asimov, Heinlein and Williamson, whose work has surely contributed more to the shaping of 21st-century culture than that of, say, the obscure and occult Elfriede Jelinek, the controversial Nobel winner in 2004, or the only slightly less hermetic Herta Müller (below), who won this year's award. Other deserving names not accorded a Grand Master Award, such as H.G. Wells, Olaf Stapledon, Jorge Luis Borges and J.G. Ballard have been slighted by both death and the jury.

Of course, this stiff-necked, stiff-armed, haughty and blinder-wearing refusal by the Nobel committee to recognize and honor the value of science fiction and its allied genres is only the most extreme example of the way all the Big-Name Awards ignore us. Kim Stanley Robinson recently nailed the phenomenon in his New Scientist article about the Booker Prize.

That's an honorable lineage of fantastical writers, many of whom you would find in the library of any broad-minded fan. But not one of them is a truly satisfying representative of the beating, sense-of-wonder heart of modern science fiction, those unabashed proponents of ray guns and aliens, space operas and cyberpunk, dystopias and steampunk, time travel and miraculous technology.

This blatant, painful injustice is why we feel compelled to nominate eight writers whom we feel truly deserve a Nobel Prize. Eight names of artists who have enriched our literary culture at least as much as, say, Frans Eemil Sillanpää (1939); Eyvind Johnson (1974); or Wisława Szymborska (1996).

Now, while there are scads of living writers in our field who have produced monumental works of value, we've acknowledged in our choices the fact that the Nobel judges exhibit certain prejudices: They like to pick older writers with a certain extra-literary gravitas and political-cultural credentials. So that eliminates for the moment such figures as Ian MacLeod, Ken MacLeod and Gwyneth Jones, whom we at first considered.

Here are our candidates, ranked in order from least likely to get the nod to a possible shoo-in. 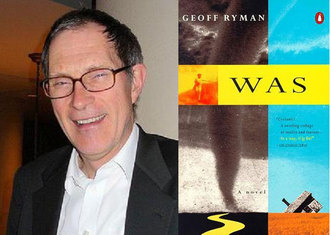 Our youngest writer, Ryman is the creator of a body of work not quite as sizable as that belonging to the other folks on our list. But he has a knack for making each book a unique masterpiece. His postmodern take on the Wizard of Oz, Was..., gets him credit from the academics, while his transgressive sex novel Lust earns radical appeal. And his multiculturalism in such books as Air is a plus. 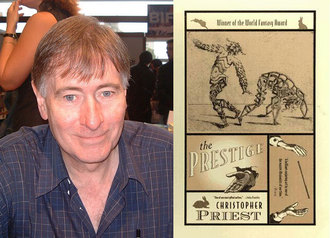 With the high profile gained by the film version of his novel The Prestige and his award-winning followup The Separation, Priest suddenly leaps more into public focus as an idiosyncratic, ingenious, non-repeating perfectionist, much like a father-figure predecessor to Ryman. His political awareness in such books as Fugue for a Darkening Island is a potent factor as well. 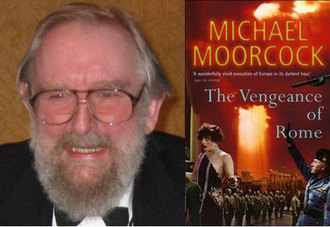 The polymath genius behind the New Wave has a substantial mainstream body of work—notably the Pyat series—which would impress the judges. Of course, they'd have to wrap their minds around the Multiverse and Elric as well, not to mention Jerry Cornelius. Moorcock's editorial record has to count for a lot. But the judges might discount for his Hawkwind lyrics. 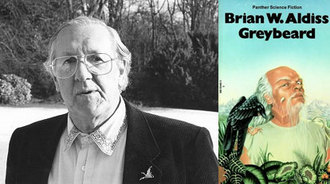 Like Moorcock, Aldiss, the last of our Fab Four from the U.K., also has plenty of judge-impressing mimetic novels to his credit, such as the Horatio Stubbs saga and the Squire Quartet. But such true SF masterpieces as Greybeard and the Helliconia Trilogy can't help but impress even literal-minded judges. Aldiss' nonfiction books, his anthology-building and his critical track record have to count for a lot as well. 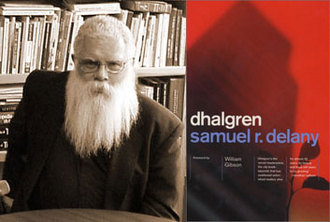 Delany's status as a youthful prodigy culminated in the genius of Nova, while his mature novel Dhalgren remains a postmodern milestone of what SF can do. And his Nevèrÿon tales manage the unlikely trick of mixing semiotics with sword & sorcery. Delany's academic credentials and essay writing work in his favor as well. 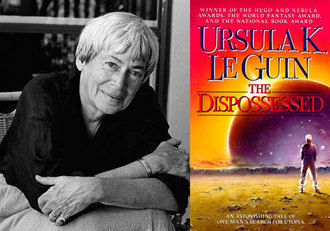 Le Guin already has the backing of the literary establishment, as witnessed by her appearances in The New Yorker and other high-toned venues. Her canonical YA books are another arrow in her quiver, as is a certain liberal slant to her implicit politics. But of course her pure-quill SF, such as The Left Hand of Darkness and The Dispossessed, is the real meat of her candidacy, as is her continuing strong work in the short SF forms. 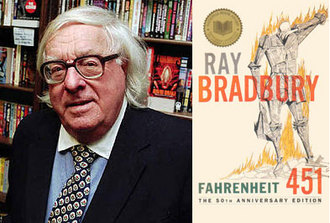 Lionized for decades, Bradbury presents an almost water-tight case for a Nobel, with works such as Fahrenheit 451 and The Martian Chronicles well known to even casual readers. His reputation as one of the finest short-story writers of the 20th century continues unsullied, despite a certain slackening in his recent work. His advocacy of libraries, writers, literature, pop culture, the power and autocracy of the imagination and a lifelong autodidacticism rounds out his appeal. 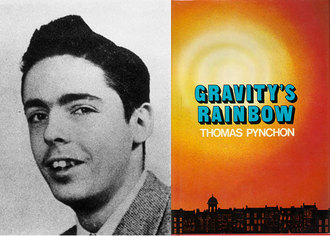 Thomas Pynchon! Author of such postmodernist bugcrushers as Gravity's Rainbow and Mason & Dixon! Surely this name doesn't belong on a list of genre writers! He's a canonical mainstream figure.

Far from it. Pynchon is our genre's secret agent. Consider these qualifications.

a) Every single one of his books is fantastical, not just one or two of them.

b) Although he has never specifically labeled himself an SF writer, he's never repudiated such a designation.

c) John Kessel and James Patrick Kelly nominate him as the central figure in an alternate history of our genre in their recent book, The Secret History of Science Fiction.

d) Pynchon namechecks SF all the time, such as his frequent references to Asimov in Against the Day.

e) Pynchon has appeared twice on The Simpsons.

If all this does not make the man "one of us," in a way that, say, Margaret Atwood defiantly is not, then we are throwing away our best chance to finally say, "Yes, science fiction now has the Nobel Prize it has always deserved!"