Could Tim Roth's Abomination return in a new movie?

Tim Roth, who played Emil Blonsky/The Abomination in last year's The Incredible Hulk, confirmed that Marvel has made overtures to him about reprising the role in future movies, possibly including the upcoming Avengers film.

"They have, but in a very different way," Roth said in a group interview at the Television Critics Association summer press tour Thursday in Pasadena, Calif., where he was promoting his Fox series Lie to Me. "I don't want to get into it, but they signed me up for three [films]."

Could that include two more Hulks, one Avengers and one Hulk or just two Avengers?

"It could be anything," Roth said in response. 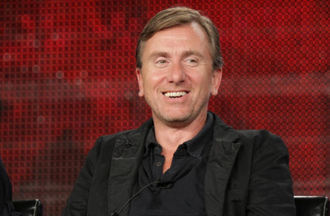 Tim Roth at the TCA summer press tour on Thursday

Marvel has said that its upcoming Avengers film will feature Iron Man, Thor and Captain America once they are established in their own film franchises. Other Marvel characters who have films under different production deals are less certain.

For his part, Hulk's Bruce Banner, Edward Norton, has remained tight-lipped about his own involvement in the Avengers mashup.

The Avengers is in preproduction with an eye to a planned May 4, 2012, release.