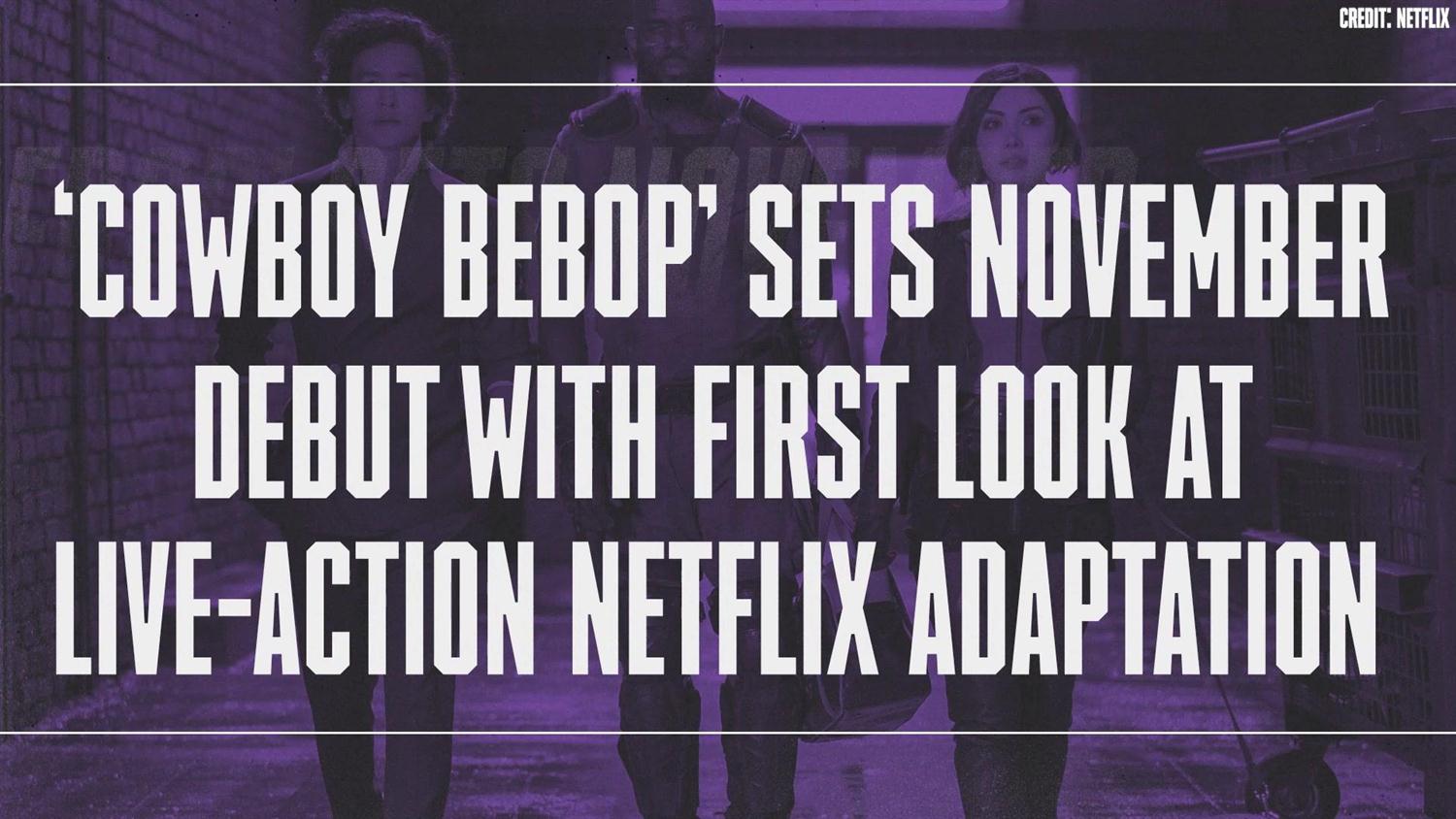 3...2...1...let's jam! Netflix has finally set an official premiere date for its live-action Cowboy Bebop series, which will finally debut on the streaming platform Friday, Nov. 19.

The company also released an initial collection of production stills that give us our first look at the project, a space Western that follows a scrappy and snarky crew of cosmic bounty hunters: Spike Spiegel (John Cho), Jet Black (Mustafa Shakir), Faye Valentine (Daniella Pineda), and talking Corgi, Ein (his voice is still TBD). All of their costumes look to be incredibly accurate to what the characters wore in the anime upon which this title is based.

They hunt down some of the solar system's most dangerous criminals — for the right price, of course — "but they can only kick and quip their way out of so many scuffles before their pasts finally catch up with them," reads the official synopsis.

Check out the first look images in the gallery below:

"We have gone out of our way, because of all these anime movies that have come out and been accused of being whitewashed, we have really gone out of our way," Adelstein told SYFY WIRE last May. "The characters are all sort of multiethnic, and it’s a great cast. And the two episodes I have seen are so much fun. It’s really fun."

Production on the show took almost two years, as filming ended up delayed when Cho injured his knee on set in New Zealand. The first season wrapped in March of this year. Alex Hassell and Elena Satine co-star as well.