As if it wasn't bad enough that the movie was one of this summer's biggest bombs, now Universal Pictures is being sued over Cowboys & Aliens.

Why was Cowboys & Aliens such a flop? Favreau blames bacon sundaes
Olivia Wilde has Daniel Craig's back in new Cowboys and Aliens ad

Busti claims that he wrote a story called "Cowboys and Aliens" back in 1994, issued a preview that year, and then published the whole tale in the January 1995 issue (#1) of the comic book Bizarre Fantasy. 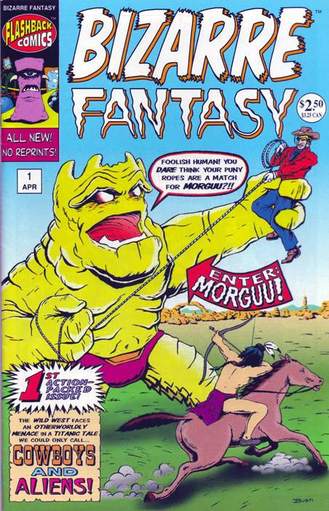 Two years later, Rosenberg pitched the same basic concept of aliens invading the Old West to Universal and DreamWorks, who bought it. When the project began to sink into development hell, Rosenberg published a graphic novel in 2006 that sparked interest in it all over again and led to the production of the movie, with Jon Favreau (Iron Man) directing and Daniel Craig (Casino Royale) starring. 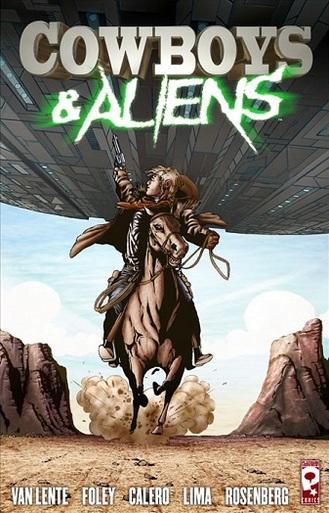 The movie, which cost $175 million to make, earned about the same amount worldwide at the box office, making it one of this past summer's most high-profile disappointments. Critics and fans were mixed on the picture.

So now here comes Busti, who says in his lawsuit that "(Rosenberg's) Cowboys & Aliens graphic novel contains striking similarities to Plaintiff's copyrighted 'Cowboys and Aliens' work including an alien spaceship zooming overhead the main cowboy character, (and) the spacecraft being discovered by Native American warriors (specifically Apache) who are then attacked."

Busti sent a letter to Universal about the alleged infringement in August, one month after the movie opened, but says he never heard back. One possible problem for him? He didn't copyright his original story until this past September.

We have to admit, the concepts and some of the artwork are a little too close for comfort. Do you think Busti has a case? Or is the concept of "cowboys vs. aliens" broad enough that more than one person could think of it around the same time?

(via The Hollywood Reporter)