So why did a sexy pirate girl get added to Syfy's Neverland?

When it comes to his new Syfy miniseries, Neverland, English writer/director Nick Willing admits that although he loved the classic adventure tale Peter Pan as a child, he wanted to know more about the story.

"I always wondered, where did Peter Pan come from?" said Willing in an exclusive interview. "What happened? Why did he get in there? How did he get there? Because that book, it doesn't say much about where he came from or where the Lost Boys came from. And so that started me thinking, and how did they get to this place called Neverland? Why are there pirates and fairies and Indians there, and crocodiles?"

And a female pirate?

"Well, I made her a girl 'cause there are too many men in this story. I had to have a nice, sexy girl, but you know that's really how it started. I've never seen that story. I thought that was fresh and new. You know, I now read that many other people are going to do it in Hollywood as a movie, they're writing their own versions of the prequel to Peter Pan, but when I pitched it in 2009, nobody had even thought of such a thing," he said. 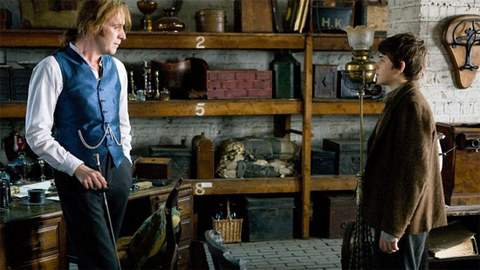 Syfy's four-hour miniseries is indeed a prequel to Peter Pan that delves into how Peter met Wendy, how the Lost Boys got lost and how Hook became a Captain. Neverland premieres Sunday, Dec. 4, and Monday, Dec. 5, at 9 p.m. ET, and stars Rhys Ifans as James Hook, Anna Friel as Captain Elizabeth Bonny, Bob Hoskins as Smee, Keira Knightley as the voice of Tinker Bell, and Charlie Rowe as Peter Pan.

"Oh boy, I mean, it's huge. It's huger than the other ones I've done. It's massive. It's the best one, I think. I mean, it's certainly the most worked-on and crafted. It's the most one that I've ... I think I'm just getting the hang of this, really," said Willing with a laugh.

As if. Willing wrote and directed two other hit miniseries for Syfy inspired by classics, Tin Man based on The Wizard of Oz and Alice based on Alice's Adventures in Wonderland (aka Alice in Wonderland).

"I've got 2,200 visual effects shots, which is almost twice the number I had in Tin Man, and Tin Man was a six-hour and this is a four-hour." 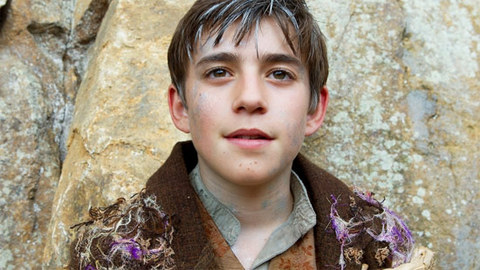 Neverland has "virtual worlds, so we're in forests that are totally made of 3-D forests with snow and mist and ice, and then we cut and they're on a beach in this weird Neverland landscape with islands and thieves and so on. And it doesn't stop," he said. "It keeps taking you to new, weird and beautiful worlds. And it never lets up."

Willing believes, "it's quite extraordinary how visual effects have developed, but these are very designed and very beautiful, and that's what turns me on. It's the world, I think, is extraordinary. [The] ice forest, we have it shrouded in mists in which it's perpetually snowing. And we have an entire city that has grown out of the trees that looks like ancient. ... It looks like Rome circa 1500. You know, a renaissance Rome, except it's grown out of trees, vines, branches all twisty twirly, grown together to form buildings. It's so pretty. And that's just night one [laughs] ... before we've even gotten to the fairy kingdom and the dark caves and all that sort of stuff. So yeah, it's very beautiful."

But as usual, Willing focuses on his characters, exploring deeper issues at the core of the classic story.

"It's about a little boy who wanted to grow up and be like his hero, Jimmy, who taught him how to sword-fight on the streets in London," said Willing. "He works for sort of a Fagin character he reveres, and then they steal one thing and it winds him up in a magical world in a planet two stars to the left and straight until morning, which is at the other end of the universe. And it is there that they are abducted by pirates, one of whom is a very sexy female pirate." 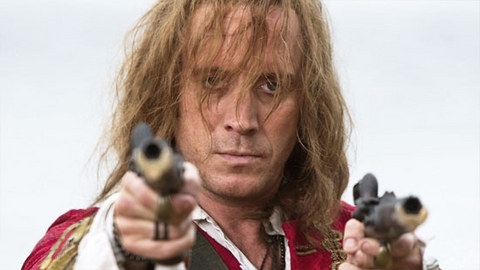 According to the English director: "It's really an exploration into the relationship between a villain and a hero. But also how friends turn against each other and why and how, in a sense, both of them suffer. If anything, it's Hook who suffers from a Peter Pan syndrome more than the little boy. ... It's kind of psychological story, but it's set against this massive backdrop of fantasy landscapes like I've never done before."

When it comes to Hook, "He's kind of crazy and part of what's extraordinary about him is to see how he transforms from this rather stiff, frozen, repressed Edwardian gentleman into the crazy fiend, into the Captain Hook that we all know and love. And why he does that ... 'Cause just one of the things that interested me is analyzing the nature of villainy and how and why people become evil so easily," he said.

Regarding whether Neverland should be four hours long or six hours long, "Oh, I think I'd be dead if it was six ... Tin Man literally nearly almost killed me. I was just going, you know, that was a very, very hard ... I mean, very enjoyable and fun, but kind of crazy."

While he admits Neverland was more than a challenge for him, "I'm very proud of this one. It's I think the best one of the three so far, although it's difficult for me. I always think that whenever I've made a movie. But I'm fascinated to see how it's received, particularly in America. I think it's something that's I've designed specifically for the Syfy audience. I'm very keen to see how it goes down over there."

That is something we'll find out very, very soon.

Are you ready for a Peter Pan and Captain Hook origin story?