Walt Disney Studios chairman Dick Cook made several major announcements about upcoming Disney films during an address at the D23 Disney fan expo today in Anaheim, Calif., including the name of the upcoming fourth Pirates of the Caribbean movie, surprising details about John Carter of Mars and the secret Guillermo del Toro's been teasing. Details after the jump.

1) Pirates of the Caribbean 4 named: The fourth in the theme-park-based franchise will be called Pirates of the Carribean: On Stranger Tides, due in summer 2011. Johnny Depp showed up in full Jack Sparrow regalia, in character, disturbed by the presence of a talking frog at the earlier Muppets presentation.

2) Muppet movie named: The name of the upcoming new Muppet movie will be The Cheapest Muppet Movie Ever Made!

3) John Carter is a franchise. Cook announced that he expects Andrew Stanton's live-action John Carter of Mars to become a new Disney franchise, after the first film hits theaters in summer 2012. 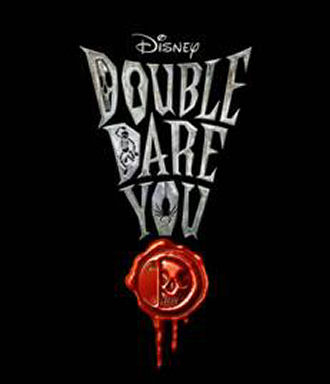 4) New Horror Label. Disney announced the debut of a new label called Disney Double Dare You, spearheaded by Guillermo del Toro, to make scarier, thrilling movies for the Disney family audience. Del Toro recorded a video greeting from New Zealand, where he is working on The Hobbit, saying that he was inspired by the old E-Ticket rides at Disneyland. The first Disney Double Dare you film will be The Troll Hunters, based on an original idea by del Toro.

6) Frankenweenie. Cook was also excited to announce the feature-length, stop-motion-animated version of Tim Burton's early short film Frankenweenie, which Cook said allows Burton "to expand on the story and take his characters on wildly imaginative adventures."

7) Yellow Submarine 3-D. Cook announced that Robert Zemeckis' next project would be a 3-D motion-capture remake of the Beatles' Yellow Submarine. "It's true, we are making a Yellow Submarine," Cook said. "You're going to see the Blue Meanies and Pepperland as never before, with the greatest soundtrack ever."

Stay tuned to SCI FI Wire for more in-depth reports on A Christmas Carol, Alice in Wonderland, Prince of Persia: The Sands of Time, The Sorcerer's Apprentice, Tron Legacy and more.