Dissecting what went so tragically wrong with Scott Pilgrim

Tag: Scott Pilgrim vs. the World

Things seemed to look so good for Scott Pilgrim vs. the World just a month ago. The movie was generating huge buzz on the Internet and at Comic-Con, where banners were draped down the sides of hotels and director Edgar Wright led a throng of fans through the streets of San Diego for the first official—and ecstatic—screening.

Advance reviews were glowing, massive amounts of the final book in the six-part graphic novel series were being sold, and the box-office potential was said to be wide open.

More Scott Pilgrim vs. the World

Breaking down the tropes in Scott Pilgrim vs. the World
Chosen One of the Day: Kim Pine from Scott Pilgrim because she is all of us

But now all that's gone. Scott Pilgrim didn't just bomb at the box office ($10.5 million on its first weekend and a 52 percent fall on its second), but it is pretty much a disaster for the studio, Universal Pictures. With a budget of $60 million (possibly even more) and at least $30 million to $40 million in marketing, there's very little chance for the movie to make its money back.

So what happened? In reading what all the experts had to say, there seems to be a general consensus on what went wrong: 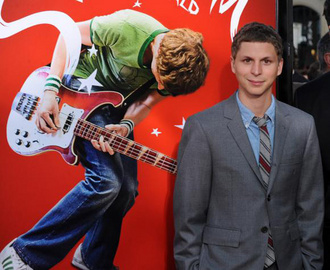 Hollywood has a funny way of puffing actors up into stars just because they've been in a hit movie or two. "I don't know why or when this occurred, but somehow this industry became convinced without any evidence that Michael Cera is a star," an unnamed marketing executive told The Wrap.

Sure, Cera was in Juno and Superbad, but was he the reason they were successful? Not quite. Movies built around Cera since, like Youth in Revolt, have bombed at the box office. Couple that with the fact that the guy has been playing more or less the same damn character in every movie—an annoying, passive, whiny manboy with no self-assurance, no direction in life and no interest in obtaining either.

Comic-Con and geek web buzz do not equal box office 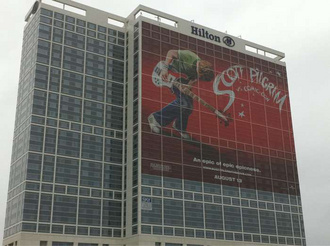 You would think Universal might have learned a lesson from Kick-Ass earlier this year, another fan favorite that tanked in theaters (although, to be fair, it's doing very well on DVD). The fan universe is a relatively small one in the bigger scheme of things, and most of the public gets its entertainment news from other sources.

"The reaction out of Comic-Con was so huge that those who had seen it became instantly so passionate about it that they assumed it would galvanize others like them to see the film," theorized Peter Hall at Hollywood.com. But all the Internet fan buzz in the world, and even a packed Comic-Con panel, doesn't mean much to Joe Sixpack and his family. Which leads us to ...

Who the hell ever heard of Scott Pilgrim anyway? 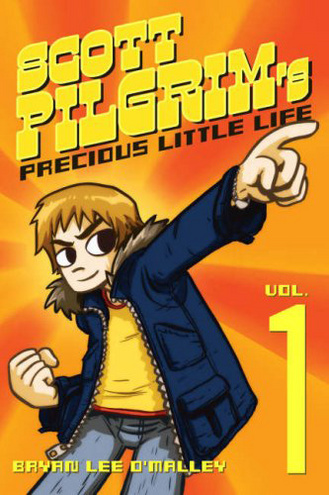 "Sometimes when you adapt a book with a strong following you think you have a great chance," Dark Horse Comics publisher Mike Richardson told the Los Angeles Times. "But for whatever reason, the only people who end up interested are a specific group of fans."

Sure, Bryan Lee O'Malley's Scott Pilgrim graphic novels have been pretty brisk sellers for the past six or seven years, but sales in the comic-book world are, frankly, a pittance compared to the movie business. I guarantee you that very few people outside of your local comic shop know what Scott Pilgrim is. Batman? You bet. Spider-Man? Sure, even older folks remember the cartoon show. Superman? An American icon. Scott ... who?

What the hell is this movie supposed to be? 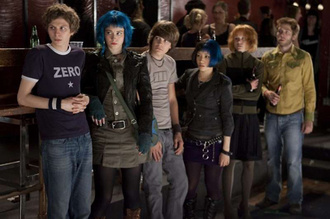 While its visual and stylistic innovation were evident from the start, less clear (especially in the trailers) was what the movie was about. Was it a love story? A superhero movie? A big-screen video game?

"They couldn't decide if this was a true superhero movie and they should make him look like a hero, or if it was an underdog story and you were supposed to root for him to get the girl," that same unnamed marketing executive confided to The Wrap. The mashup of genres and pop culture references all whizzing past the viewer at a thousand miles an hour may have been just too confusing a mix.

It was too cool for the room

Scott Pilgrim has a hipster vibe to it—gee, look at all the neat Super Mario Bros. references we're throwing at you!—that some people (this author included) just find insufferably smug. If seeing this movie means you need to be up on all the latest indie bands or have to enjoy playing games on an old Atari console just because it's the "ironic" thing to do, that's simply too many rites of passage for many folks.

"For the most part it's happy to be about lazy, narcissistic, 20-year-old hipsters," said Cinemablend's Josh Tyler. "And if you're over 30, that just ain't cool."

If Scott Pilgrim had been released as a smaller indie itself—at less than half the budget and not positioned as a major summer movie—it might have had a chance to become a cult word-of-mouth hit and make back its money.

But Universal inexplicably gambled that many of the above factors—Cera, the hipness of it all, the Internet buzz—would make this one a hit even though those very elements were big red flags to anyone looking at them clearly. It also didn't help that so many of the geek sites have personal relationships with Edgar Wright and, by wanting to do their buddy a solid, lost whatever critical perspective they might have had and pushed the thing like it was the successor to The Dark Knight.

Was any of this evident before the movie opened? I think so. With the movie's insular, narrow view of life, its genre ADD and its secret-handshake approach to its story and setting, Scott Pilgrim vs. the World's title turned out to be more appropriate than anyone imagined.