J.J. Abrams, the director of Star Trek, is well known for burying easter eggs in his various productions. (Anyone remember the "Hanso Foundation" credit at the end of Mission: Impossible III?) His upcoming reboot of the sci-fi franchise is no exception.

Our first viewing of the film last week revealed a few Trek easter eggs and a few more Abrams-universe ones, which we've tried to catalog (with help from TrekMovie.com and Slashfilm, who noticed them first). Once you see the movie, please post yours! Star Trek opens May 8. (Spoilers ahead!)

Constantine getting younger in new dark reboot from Bad Robot, HBO Max
'Superman' reboot in the works from super-team of Ta-Nehisi Coates and J.J. Abrams

♦When we first encounter Scotty in his remote station on Delta Vega, we hear the unmistakable cooing of a Tribble. Don't blink or you'll miss it, sitting in a small cage on Scotty's desk.

♦Paul McGillion, the Scottish-accented doctor from Stargate Atlantis who tried out for the role of Scotty, makes a brief appearance in the film. 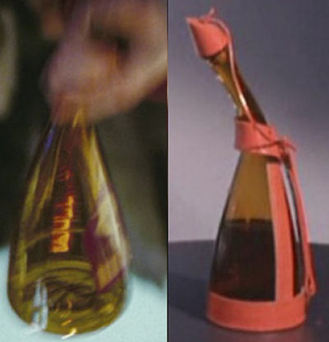 ♦As TrekMovie.com first pointed out, James Kirk (Chris Pine) grabs a flagon of Saurian brandy to smash over the head of a Starfleet cadet in the Iowa bar-fight scene. The brandy bottle is associated with mirror-universe a transporter-accident-created evil Kirk from the TOS episode "The Enemy Within." 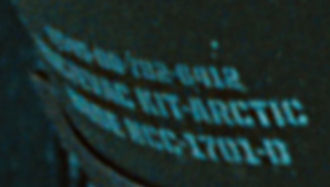 ♦TrekMovie.com also pointed out that the writing on Kirk's evac kit features the letters and numbers "NCC-1701-D": a nod to the registry number of the Enterprise from Star Trek: The Next Generation? (Click the images for larger versions.)

♦Chris Doohan, son of Trek's original Scotty, the late James Doohan, has a small cameo as a transporter tech. Fans recall that Chris and his twin brother, Montgomery, also cameo'd in Star Trek: The Motion Picture. 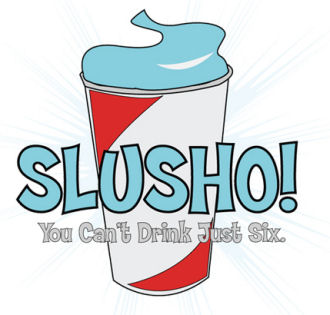 ♦Uhura (Zoe Saldana) orders a Slusho mix in the Shipyard Bar, a reference to the mysterious drink from Abrams' Cloverfield. (You can see the Slusho logo on the menu for the "Shipyard Bar," above; click on the image for a larger version.)

♦Slashfilm first noticed a second fleeting wink at Cloverfield: the blurry logo of the nefarious Tagruato corporation, manufacturers of Slusho and the possible force behind the monster that destroys Manhattan, on a building in future San Francisco. (Click the image for a larger version.) 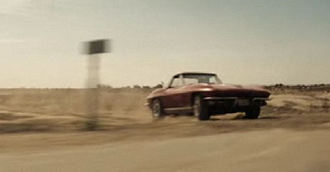 ♦Greg Grunberg—Abrams' longtime friend, who has had some kind of cameo in almost all of Abrams' projects—voices Kirk's (uncle? stepdad?), yelling from the dashboard cell phone in the '60 Corvette in an early scene.

♦Amanda Foreman, who played the Wiccan college roommate on Abrams' Felicity, plays a bridge officer with a few lines. Foreman also appeared in Abrams' Alias and What About Brian. 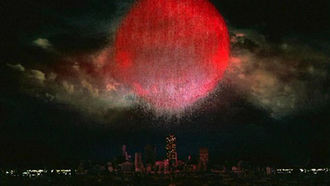 ♦Not exactly an easter egg, but the plot of Star Trek turns in part on a giant red ball. Scott Chamblis, Abrams' longtime production designer, has said the filmmaker tries to get one in almost every project he does, notably in Alias (pictured above; click for larger version).