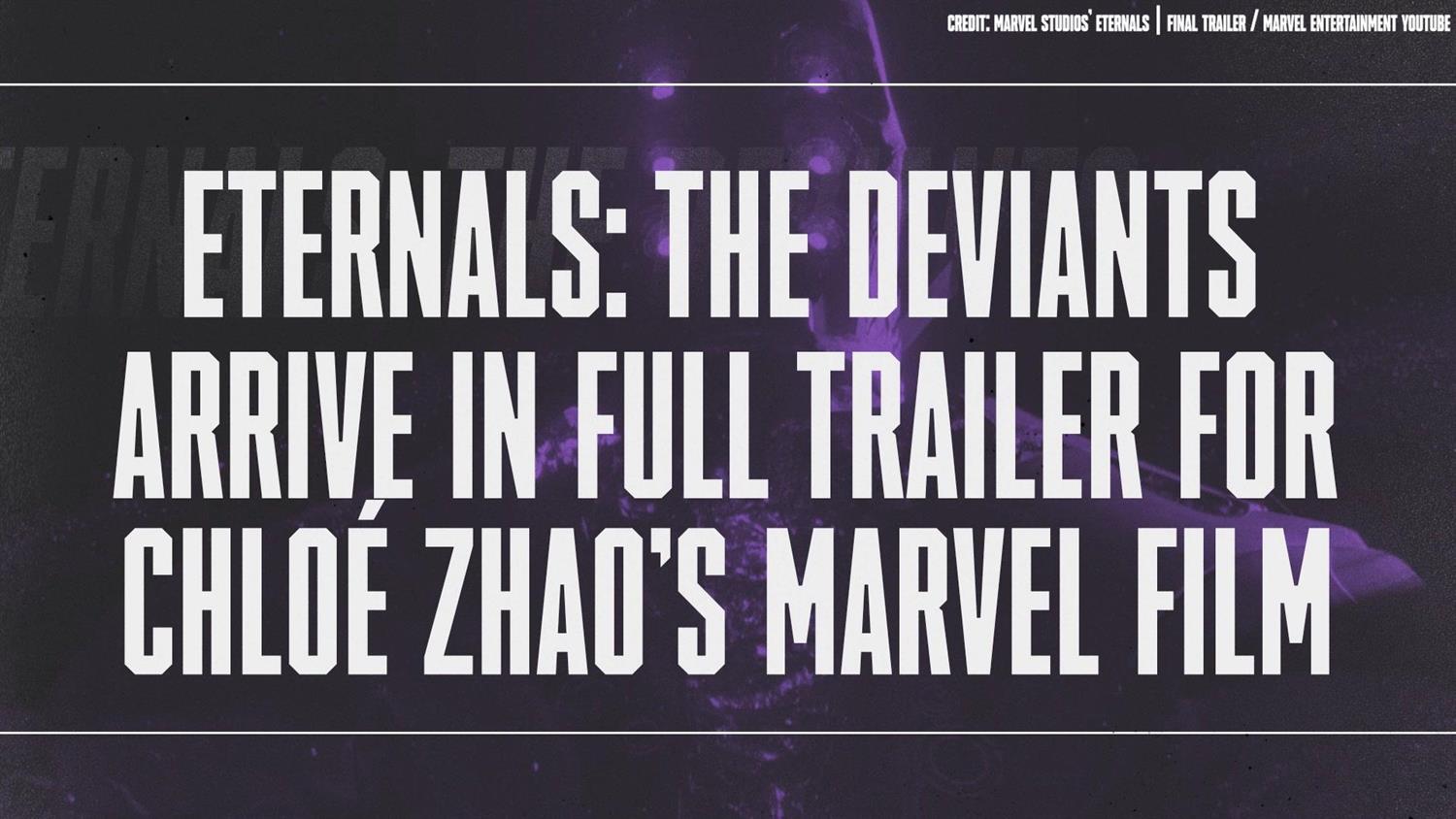 Eternals: The Deviants arrive in the wake of 'Avengers: Endgame' in full trailer for Chloé Zhao's Marvel film

The events of Avengers: Endgame continue to ripple throughout the MCU in the full trailer for Chloé Zhao's Eternals movie. According to Salma Hayek's wise and spiritual leader Ajak, the sudden and unexpected return of half the planet's population opened the door for the return of the monstrous Deviants. This rallies together the titular race of god-like beings created by the Celestials.

The Eternals have been on Earth for the last 7,000 years, but are forbidden to interfere in human affairs unless the the Deviants are directly involved. It's a nice little narrative loophole that explains why they didn't offer any help to the Avengers during the fight against Thanos or any other terrible thing that's happened throughout the course of history.

Our heroes have seven days until the end of the world and since the last Deviant was defeated centuries ago, it's up to the all-powerful Ikaris (Richard Madden) and humankind-loving Sersi (Gemma Chan) to get the band back together. The rest of the members include: cosmic-powered Kingo (Kumail Nanjiani), eternal young/old soul Sprite (Lia McHugh), intelligent inventor Phastos (Brian Tyree Henry), super-fast Makkari (Lauren Ridloff), aloof loner Druig (Barry Keoghan), powerful Gilgamesh (Don Lee), and fierce warrior Thena (Angelina Jolie). Kit Harington rounds out the principal cast as Dane Whitman, a human who, in the comics, is known for his alter ego, Black Knight.

Watch the trailer below:

"I think we bit off as much as we could chew on this one," producer Nate Moore told Entertainment Weekly. "Because we did want to make a film that felt urgent and present and had [a fast] pace, but also took time to reflect back over the centuries."

"The truth is, we would not have even attempted this if it weren't for Chloé," added fellow producer Kevin Feige (also President of Marvel Studios and Chief Creative Officer at Marvel Entertainment). "We thought, here's a filmmaker who is equal parts cinematic visionary and genre nerd. She can outtalk any of us when it comes to manga and Star Wars and Marvel comics. It's quite an astounding combination. And this movie, I think, represents all of the immense multitudes of Chloé."

The film was executive-produced by Louis D’Esposito, Victoria Alonso, and Kevin de la Noy. Zhao, who recently took home a Best Director Oscar for Nomadland, co-wrote the screenplay with Patrick Burleigh — based on a story by Ryan Firpo and Matthew K. Firpo.