Tag: Movies
Pokemon Day 2020: A new 'legendary'; Greninja wins most popular; and more
Tag: Movies
Holy hot wheels! Russian police impound Batmobile replica that’s too much car for Moscow streets
Tag: Movies
WIRE Buzz: A Quiet Place Part II sneaks toward $60M debut; Witches in the Woods, Tales from the Loop trailers
Tag: Fangrrls
What the stars of I Am Not Okay With This are FANGRRLING over right now

Thrones rules, Fringe bounces back and 23 other genre shows

We've added yet another show to the ranks, bringing our total number of genre series for the 2011-2012 season (so far) up to 25. This week Eureka premiered its final season to lukewarm numbers, while Fringe showed some signs of life over on Fox.

Meanwhile The Vampire Diaries, The Secret Circle and Supernatural all returned from break to viewer drops, and Game of Thrones continued to rule the Sunday night cable kingdom. 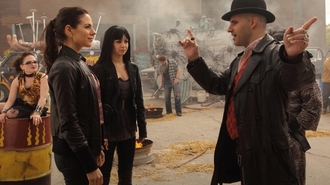 We didn't have to wait long for more Lost Girl. Syfy opted to push right through to the second season of the Canadian supernatural drama. The show's American numbers remain largely steady, but the season-two premiere did lose a few viewers and a tenth of a ratings point from the season-one finale the week before. We'll see how the rest of the season fares. 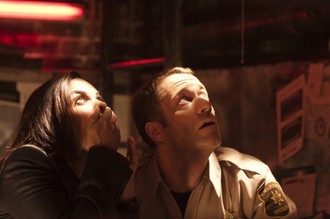 Eureka launched its fifth and final season last Monday on a low note. Viewers were above 2 million for most of the fourth season but began to slip around finale time last year. The season-five premiere continued that trend of slipping, earning more viewers than the special Christmas episode but less than the season-four finale. We'll see if viewer loyalty can earn the show a boost in its final five weeks on the air.

Person of Interest will also be back Thursday. 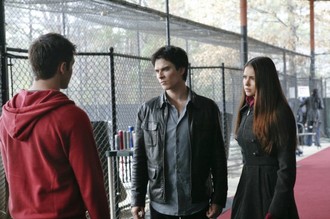 The Vampire Diaries returned from a two-week break Thursday to a drop in both viewers and rating, losing 200,000 viewers and two tenths of a ratings point from the last episode (March 29), which wasn't very highly rated to begin with. We're in the home stretch for this show now, with just three episodes and no breaks left in season three. We'll see if the finale will bring better news. 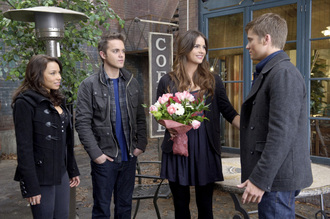 The Secret Circle also took a drop this week, but because it had fewer viewers than Vampire Diaries to begin with, things look a little more bleak. Last Thursday's episode was the least-watched in the show's history, and the lowest-rated. These numbers aren't necessarily cause for fans to panic, but the show hasn't been renewed yet, so better performance in the final weeks of season one is definitely important here. 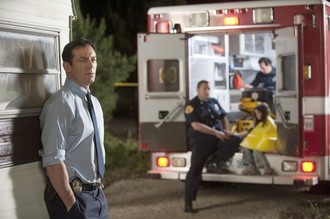 Last week Awake got a small but very welcome bump in viewers. The good news is it got yet another bump this week. The bad news: Those all-important rating and share scores didn't move at all. Awake is struggling, but don't count it out yet. At least some viewers are coming back, and there's always the chance that more could follow. 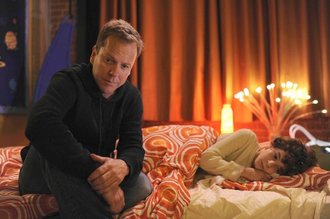 Touch bounced back last week only to fall again this week, earning the second-lowest viewership in its history, and the lowest rating score. This show isn't dead yet, but it never looks good when you're 5 million viewers down from where you started the season. Seven million viewers isn't bad, but now the question becomes, will it be enough for Fox to order a renewal? 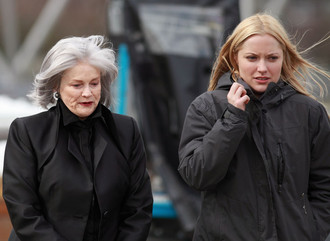 Fringe dropped below 3 million viewers for the first time in months last week, and this week it got a welcome and relieving bounce back over that mark. It also picked up a tenth of a ratings point, setting the stage for a potential climb back up the viewership ladder for its final three episodes in the coming weeks. Fringe needs that climb badly to further prove it's worth renewing. We'll see if it gets it. 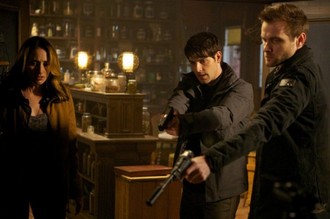 Grimm took a drop this week, losing 400,000 viewers and two tenths of a ratings point in the lead-up to its first season finale. The show's already been renewed, so there's a little less pressure to perform well at the end of this year. But still, every little bit can help a show's future. 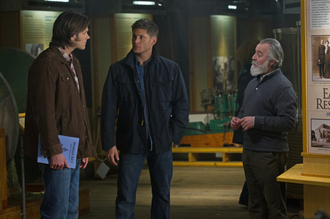 Like The Vampire Diaries and The Secret Circle, Supernatural also returned from a break this week to take a drop in viewers. But unlike those shows, it took the hit without sacrificing rating and share scores. That's good news for a historically low-rated show. Supernatural might not be the flashiest series in The CW's lineup, but it does seem to always prove itself the most consistent. 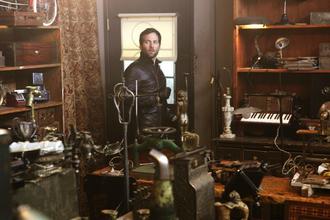 Once Upon a Time returned from two weeks off to a welcome jump in both viewers and rating, putting it back up to three full rating points for the first time since early March. The fairy-tale drama's viewership is a good deal lower than the stellar numbers it was pulling in at the beginning of the first season (it had more than 11 million viewers for four straight weeks), but it's still managing to consistently win the broadcast ratings crown. 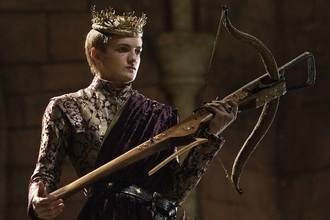 HBO has to be feeling good about the consistency Game of Thrones is showing so far this season. The fourth episode of the year lost only a handful of viewers, and maintained last week's ratings score, keeping the show on top of the Sunday night cable lineup for the fourth straight week.