Close your eyes and make a Christmas wish. What's the best present you can imagine a network could put in your virtual Christmas TV stocking? How about the final original episodes of Dollhouse and Sanctuary for the year, a Vampire Diaries marathon, 20 Pixar Short Films and ... something many of us have been waiting for ... one of the final Doctor Who specials starring David Tennant?

Here's what we have to look forward to on sci-fi TV this week: 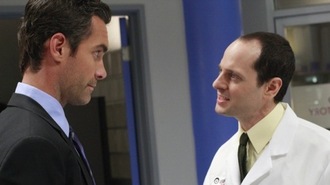 When layoffs hit Veridian Dynamics, Veronica (Portia de Rossi) attempts to get the scoop from Ted's daughter, Rose (Isabella Acres), who has an inside source in her play group, in "The Lawyer, the Lemur and the Little Listener." Meanwhile, the main character in Linda's new children's book looks an awful lot like Phil (Jonathan Slavin). And Lem (Malcolm Barrett) gets lucky with a hot company lawyer who bills him by the hour.

Favorite mad-scientist-Phil quote of the week: "The only time I've ever been naked in this building was that time I was deloused. Remember when those super lice got out and tried to colonize me?"

Doctor Who: Inside the TARDIS (BBC America), Saturday, 8 p.m. 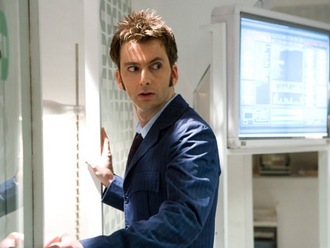 This one-hour special tells you everything you need to know about David Tennant's 10th Doctor. Exclusive interviews and clips chronicle his time as the Doctor, where we revisit the Doctor's past as well as peek at what the future holds for him in the three final specials. The first of those specials, Doctor Who: The Waters of Mars, airs immediately after the special.

Doctor Who: The Waters of Mars (BBC America), Saturday, 9 p.m.

David Tennant returns as the Doctor! 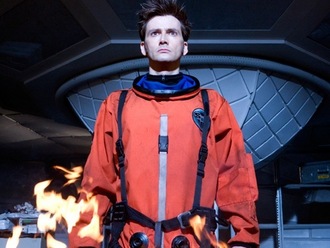 The end is near! The end of David Tennant as the 10th Doctor, that is. The first of the final three Doctor Who specials with Tennant, Doctor Who: The Waters of Mars, looks positively scary. The Doctor lands at a Mars base just in time to deal with a pivotal moment in humanity's history. Something's wrong with the water, and it begins infecting the humans, turning them into nasty water zombies. Lindsay Duncan (Rome) joins the Doctor as the base's commander, Adelaide Brooke, his sharpest and most strong-minded companion to date. Adelaide and the Doctor find themselves in a battle with the water and with their own destiny. Two more Tennant Doctor Who specials remain, The End of Time, Part One, which airs Saturday, Dec. 26, at 9, and The End of Time, Part Two, which premieres a week later on Saturday, Jan. 2, at 8 p.m. 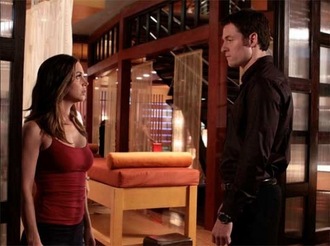 The final two episodes of the year for the canceled series air this Friday. Victor's (Enver Gjokaj) contract is up in "Stop-Loss," and he ends up back in the real world. However, his past threatens his future with Sierra (Dichen Lachman). And then we finally get to see what scares the people in the Dollhouse when it comes to "The Attic." When the powers that be decide Echo is too dangerous, she's sent to the Attic and must face her worst nightmares. Look for the return of Laurence Dominic (Reed Diamond), who was banished to the Attic once upon a time. 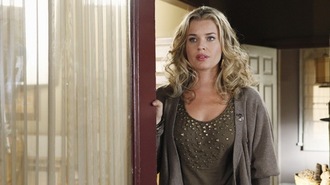 Eastwick will be replaced by Ugly Betty (which, ironically for Romijn, she co-starred in before moving on to Eastwick). That likely means that ABC will not air all 13 episodes of the supernatural series and that fans will have to wait until either possibly the summer (a la Eli Stone) or the DVD to see all the episodes that were produced. 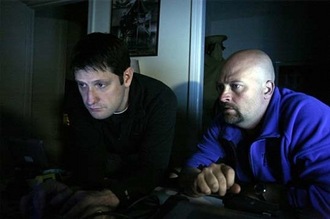 In their last investigation of the fifth season, the TAPS team probes the infamous "Hindenburg Crash Site," which becomes one of the biggest investigations in the group's history. And at 10 p.m. on Syfy, it's the season-one finale for Ghost Hunters Academy, when the recruits face "The Final Exam" at Essex County Hospital. After the investigation, Steve Gonsalves and Dave Tango will decide who stays with TAPS and who doesn't. 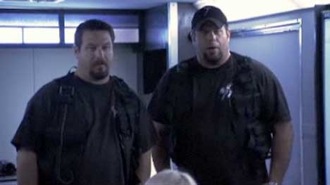 The team investigates a Mississippi River steamboat. On the Travel Channel's Ghost Adventures (Friday, 9 p.m.), their team takes on the deserted Execution Rocks Lighthouse in the middle of the Long Island Sound. TLC offers up two episodes of Ghost Intervention (Saturday, 9 and 10 p.m.), where the mediums visit Savannah and Prairieville, La. And on Animal Planet's The Haunted (Sunday, 10 p.m.), a demonologist suspects a family dog is possessed, on "Demon House." 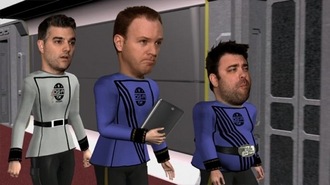 It's a double-decker Outer Space Astronauts this week. In "Undies," the crew of the U.S.S. Oklahoma heads off to witness a nova, or maybe a supernova, or maybe talk to God. One of those things. Meanwhile, intern Jimmy Peck (Peter Burns) discovers the dangers of underwear, when the disgusting, filthy undergarment exhibits superpowers. And in "Of Cannibals and Cuddlepuffs," Brimley (Tony Bravo) and Matheson (Laura Valdivia) try to save a "damsel in distress" from a group of stinky cannibals. Meanwhile, Ripley (Russell Barrett) gets mono and Sunny (Stephanie Clinton) adopts a pet that smells cuddly. 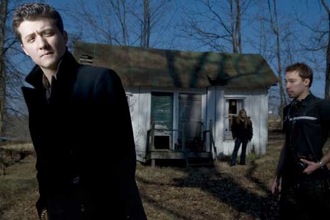 Paranormal State begins its fourth season this week when Ryan Buell, the founder of the Paranormal Research Society out of Penn State University, and his team face one of their toughest investigations yet, in "Suicide Possession." The team travels to a home in New Jersey to help the residents who claim that they see apparitions and have thoughts of suicide. And someone may be possessed.

20 Pixar shorts, with the return of WALL-E and Lightning McQueen! 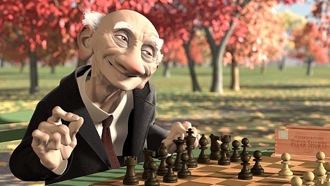 Psychic teens Travis and Vicki team up with a private investigator to see if they can find new clues in an actual missing-person case in "Vanished."

Vampire Nikola Tesla is back! 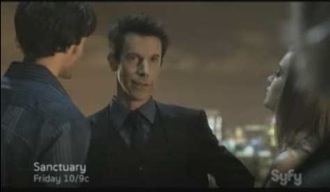 In the final episode of the year, "Sleepers," Magnus and Will head to Mexico to investigate disappearing teenagers linked to a rehab clinic. According to creator Damian Kindler: "Just this fabulous story about Nikola Tesla and his plan to restore vampires to a position of dominance on Earth. That turned out wonderful. It's actually quite funny, but also very, very poignant." Jonathon Young reprises his role as Tesla, who is one of the original Five, along with Magnus.

See every episode of the season in a week-long marathon! 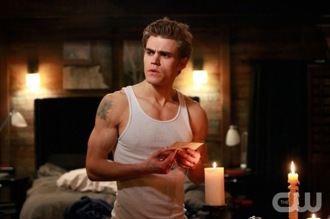 According to The CW, "145 years worth of awkward confessions, 25 'animal attacks' and over 300 longing looks. 5 days, 10 episodes, one full week." Sounds about right. See how the hottest show on The CW began, starting with the pilot episode on Monday at 8. Then get a double dose of Vampire Diaries through the week and see all 10 episodes of the first season. Want to make any bets the ratings are pretty good for this? The Vampire Diaries returns with original episodes on Thursday, Jan. 14.

What are you looking forward to this week on TV?