They're back! That is, Heroes, Dollhouse, Ghost Hunters International, Ghost Whisperer, Legend of the Seeker, Sanctuary and Medium are all back with new episodes. Chuck's even back with a new season, and Battlestar Galactica is back with a new movie.

Here's what we have to look forward to on sci-fi and paranormal TV this week.

A movie from the Cylons' point of view 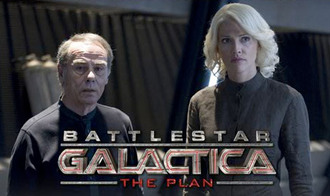 Is thinking about the upcoming prequel series, Caprica, making you feel sadly nostalgic for the original series? Well, remember how the opening of BSG said the Cylons had a plan? Now you can find out all about that plan in this two-hour movie, which was directed by and stars Edward James Olmos.

Writer and executive producer Jane Espenson sums up the film this way: "I keep saying that The Plan answers questions you didn't know you had, and I think that's a good way to put it. It takes familiar events and shows you a little of what happened before or after (or because of) the scene you already know. If you look at BSG as a puzzle piece, The Plan is the next piece over—interlocking with it."

The Plan follows two of the Number Ones (the Cavil modes played by Dean Stockwell) as they take two different approaches to wipe out the human race. The movie, which is already available on DVD and Blu-ray, also stars Tricia Helfer, Grace Park, Michael Hogan, Michael Trucco and Kate Vernon.

Double the Ted, double the fun!

If you haven't given Better Off Ted a glance, you're running out of chances, considering that ABC appears to be burning them off. In "Beating a Dead Workforce," a Veridian employee dies after being overworked to complete the company's new big project, a machine that will help people get more sleep. Not wanting to miss an opportunity, Veronica (Portia de Rossi) tries to inspire the employees to work even harder. And in "Change We Can't Believe In," Ted (Jay Harrington) has to deal with a stalker security guard, while Phil (Jonathan Slavin) and Lem (Malcolm Barrett) face their worst nightmare ... working directly for Veronica.

FINALLY! Chuck is back with a double-episode premiere! 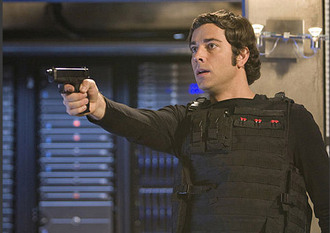 At the end of last season (about 100 years ago), Chuck (Zachary Levi) upgraded to become the Intersect 2.0 and discovered he had mad spy skills to go with his flashing abilities. Well, it's "no more Mr. Nice Spy" when he returns, according to NBC. We'll get a double-episode premiere on Sunday and then a third episode in the show's regular timeslot on Monday, Jan. 11, at 8 p.m.

Executive producer and co-creator of Chuck Chris Fedak has this to say about the first three episodes: "The good thing about it is that those episodes are very much dealing with the aftermath of the season-two finale ... Chuck uploading the new Intersect into his head and now having these abilities. Even though they were produced as separate episodes, they are very much an arc in their own right, getting us back into the story, essentially explaining to people what's happened and kind of re-launching season three."

And if you want to catch up on your Chuck, Syfy is offering a mini-Chuckathon on Thursday starting at 5 p.m. 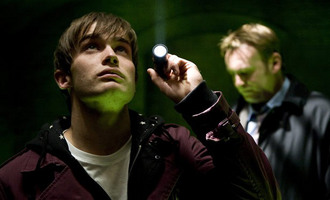 When 6-year-old Madge sees her sister being "taken up to heaven by an angel," Galvin (Philip Glenister) suspects the angel is probably more like the ancient demon Gilgamel. When another child gets snatched, however, it's up to Luke (Christian Cooke) to battle Gilgamel to save the children. 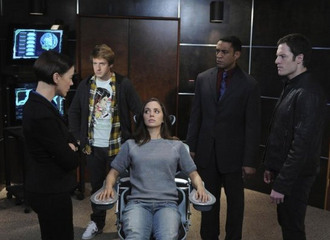 Last month we were left with all the Dollhouse gang coming together to take on Rossum, and it looks like that's exactly where the final episodes of Dollhouse are headed. In "Getting Closer," we'll meet the leader of the Rossum Corporation. Meanwhile, Adelle (Olivia Williams) discovers that Echo's original personality and memories are vital to stop a terrible future, and she puts Topher (Fran Kranz) in charge of re-creating them. And we'll learn how Bennett (Summer Glau) and Echo (Eliza Dushku) are connected. 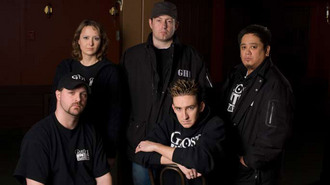 The globe-trotting ghost hunters take on Hitler's ghost as the team travels to the Gran Hotel Viena in Miramar, Argentina. The hotel was once the secret hideaway of many Nazi war criminals, including Adolf Hitler. As the hunt gets tense, the GHI team tries to debunk claims that Hilter's ghost lurks within the hotel.

Three psychic pre-teens team up to help a woman attempt to contact her dead father, only to discover they have unexplored psychic talents in A&E's Psychic Kids: Children of the Paranormal (Tuesday, 10 & 10:30 p.m.). Then, in the channel's Paranormal State (Tuesday, 10 & 10:30 p.m.), the PRS team investigates a West Virginia home and then heads to central Indiana to help a family being tormented. And on the Travel Channel's Ghost Adventures (Friday, 9 p.m.), the team checks out Wolfe Manor in Clovis, Calif. 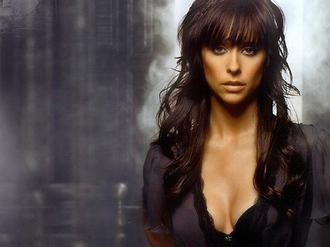 Ghost Whisperer returns with new episodes starting with a Ned (Christoph Sanders) episode. According to executive producer P.K. Simonds, "Dead Air" is a "very creepy" episode involving "Ned, who is a radio DJ on a college radio station, and he gets himself in trouble. There are a lot of those stunt broadcasts that take no prisoners, and he stirs up a ghost who had been stirred up before by one of these broadcasts. It puts people in jeopardy, including Ned." 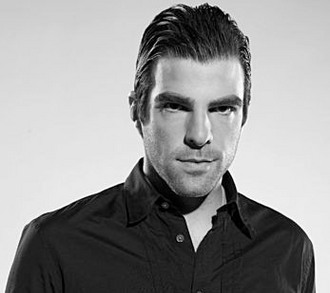 Are you ready for two hours of Heroes tonight? In "Upon This Rock" and "Let It Bleed," the heroes must accept Nathan's death. Meanwhile, Claire becomes suspicious of Samuel (about time!), Hiro has trouble connecting with Ando while trying to rescue a friend (he really needs a cell phone!), Noah drags Matt back into the fight by asking him to help take out Samuel (didn't Matt just about die getting Sylar out of his head?), and Sylar returns to the carnival (Sylar vs. Samuel ... this could be good!).

Legend of the Seeker (Syndicated), Whenever 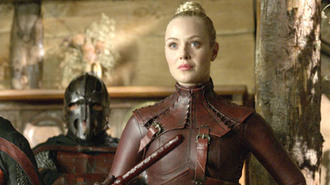 In the first new episode since the break, "Resurrection," we'll see the "return of our favorite villainess, Denna," said executive producer Kenneth Biller. "Only we are going to discover that in the breakdown of Rahl's empire that Denna has found a new sort of tantalizing and very profitable way of making a living now that Rahl's empire has crumbled. But that what we also will realize is that this is just a front for a grander plan she has to take over Dhahran. In that episode Richard will also have a very, very frightening confrontation with his old nemesis, Darken Rahl." Jessica Marais reprises her role as Denna. 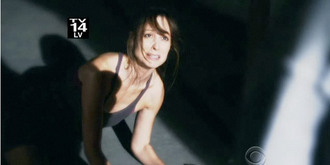 Medium returns with new episodes. In "An Everlasting Love," when a suspected serial killer dies, the police are puzzled. However, when Allison (Patricia Arquette) gets a visit from the dead suspect, she discovers he's innocent. Not only that, he wants to clear his name by helping with the investigation. And when Joe's boss writes a novel, he asks Joe to assess it. Joel David Moore returns to play Joe's boss, Keith Bruning. We met him BEFORE he was famous for playing Norm in Avatar.

Druitt's back, but did he commit murder? 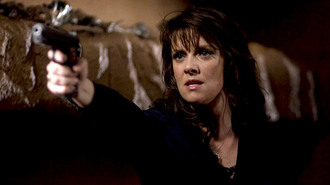 Sanctuary returns with the final episodes of the second season. In "Haunted," Magnus (Amanda Tapping), Druitt and the team save the passengers and crew of a ship sinking off the coast of South Africa. However, after the refugees are teleported to the safety of the Sanctuary, one of them is brutally murdered and Druitt (Christopher Heyerdahl) becomes the key suspect in the crime.

"If you are fans of Druitt and Magnus and their star-crossed relationship, you don't want to miss that one," said executive producer Damian Kindler. "It features a lot about the Sanctuary and a lot of the history of John Druid. A very intense episode. If you like Jack the Ripper served up heavy, you're going to like this episode." 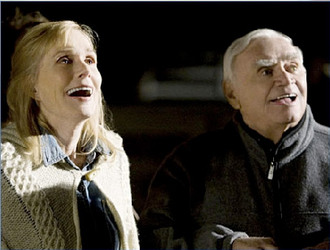 The Hallmark Channel's latest TV movie offers up a good cast and a little bit of magic. When a New York reporter is punished for not being edgy enough by being sent to the tiny town of Slow Creek, Ill., to do a story about a wishing well ... you can guess the rest. The Wishing Well stars Jordan Ladd, Jason London, Ernest Borgnine, Tempestt Bledsoe and Sally Kellerman.

So what are you looking forward to this week on TV?