We have an exclusive debut of the trailer for the upcoming sci-fi thriller movie The Fourth Kind, which premieres Nov. 6.

The movie stars Milla Jovovich, Will Patton, Elias Koteas and is directed by Olatunde Osunsanmi, based on his screenplay.

1n 1972, a scale of measurement was established for alien encounters. When a UFO is sighted, it is called an encounter of the first kind. When evidence is collected, it is known as an encounter of the second kind. When contact is made with extraterrestrials, it is the third kind. The next level, abduction, is the fourth kind. This encounter has been the most difficult to document ... until now.

Structured unlike any film before it, The Fourth Kind is a provocative thriller set in modern-day Nome, Alaska, where—mysteriously since the 1960s—a disproportionate number of the population has been reported missing every year. Despite multiple FBI investigations of the region, the truth has never been discovered.

Here in this remote region, psychologist Dr. Abigail Tyler (Milla Jovovich) began videotaping sessions with traumatized patients and unwittingly discovered some of the most disturbing evidence of alien abduction ever documented.

Using never-before-seen archival footage that is integrated into the film, The Fourth Kind exposes the terrified revelations of multiple witnesses. Their accounts of being visited by alien figures all share disturbingly identical details, the validity of which is investigated throughout the film.

Check out the movie's Web site here. You can also see a full-screen version in our Video Hub.

We also have two exclusive images from the movie, below; click to enlarge. 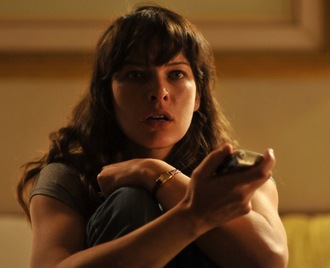 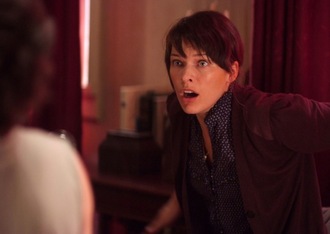