Producer Jon Landau told us that director Paul Greengrass will bring some of his Bourne moves to the upcoming remake of Fantastic Voyage, written by Avatar's James Cameron, should he sign on.

"We had a very good conversation with Paul yesterday," Landau said in a group interview on Earth Day Thursday in Los Angeles, where he was promoting the DVD and Blu-ray release of Avatar. "We're still progressing along that."

YouTube's Impulse: Inside the total reshooting of the pivotal sex assault scene
Matt Damon: Will there be a fourth Bourne movie?

The 1966 original Fantastic Voyage depicted the journey of a miniaturized medical team that is inserted into the bloodstream of an ailing patient in a teeny white submarine.

Greengrass has become known for his action-packed directorial style from the films The Bourne Supremacy and The Bourne Ultimatim, and viewers can expect some of the same in Fantastic Voyage, Landau said, along with new tricks and stylistic flourishes. 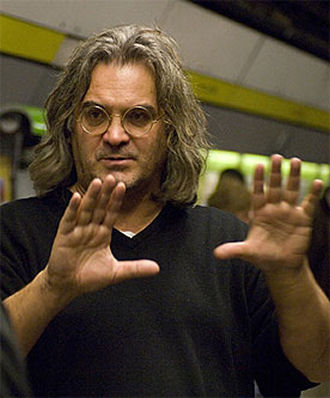 "I think for certain scenes [he will use handheld cameras]," Landau said. "What Paul likes about the movie is that it gives him an opportunity to do something that he hasn't really done that much of, designing this world and playing to that. You take Titanic and say, 'Does it give Jim Cameron an opportunity to bring his action sensibility to a period drama?' And it did. So I think Paul bringing that style but adapting it, Paul's a smart, smart guy. He'll do a great job on that movie."

Nothing is final yet for Fantastic Voyage while Greengrass, Cameron and Landau are feeling each other out. "When you hire a director on a movie, it's like a marriage," Landau said. "I think Paul and we want to date a little bit before we put on the ring."

Fantastic Voyage is in development at 20th Century Fox and intended to shoot in 3-D.