Director Peyton Reed's Ant-Man and the Wasp, the first Marvel Studios film to drop in theaters since Avengers: Infinity War came along and dropped our collective jaw, is finally in theaters. With this small-scale adventure comes not one but two of those trademark Marvel Cinematic Universe credits sequences. Yes, this time around we got another MCU twofer, one mid-credits and one post-credits, and while one was just a bit of fun, the other has big implications for the universe going forward.

So, now that the film's finally made it to the big screen and we've got the whole weekend to see it, talk about it, and see it again, let's examine those credits scenes and what they mean for the MCU at large.

**SPOILER WARNING: There are major spoilers forAnt-Man and the Wasp below**

Well, if you've been following the MCU for this long, you had to know what was coming during Ant-Man and the Wasp's credits, even if you didn't know exactly how it would arrive or who it would affect. It was an inevitable part of this shared universe's storytelling, and now we have to face it whether we like how it played out or not...

That's right, ants can play the drums now, everyone! Call every exterminator you know, because ants the size of Newfoundland dogs are once again just roaming around San Francisco. It's only a matter of time before they organize, and playing the drums becomes applying for jobs, running for office, seizing power and overwhelming humans with their superior numbers as they too learn how to enlarge their own kind. Where will you be when the dog-sized ant uprising begins?

Ahem...sorry about that. Obviously we're really here to talk about the othercredits scene.

Yes, the connection to Avengers: Infinity War that we were promised finally happened after the main events of the film were completed. On a San Francisco rooftop, Scott Lang (Paul Rudd) dove into a miniaturized version of Hank Pym's (Michael Douglas) Quantum Tunnel while Hank, Hope van Dyne (Evangeline Lilly), and Janet van Dyne (Michelle Pfeiffer) manned the controls outside. The goal of Scott's mission is to gather "quantum healing energy" from the Quantum Realm in a continued effort to heal Ghost (Hannah John-Kamen), because apparently the dose of energy Janet gave her from her own body wasn't enough to complete the process of putting her back together.

But something goes wrong. Just as Scott is about to be extracted from the Quantum Realm again, his communications with the regular-sized world cut out. It's then that we discover Ant-Man and the Wasp took place shortly before Infinity War, and the mid-credits scene takes place at the exact moment of Thanos' snap heard 'round the universe. The superhero community of San Francisco suffered particularly heavy losses as a result, too, because Hank, Hope, and Janet all turned to dust. That leaves Scott alone in the Quantum Realm, not just stranded but with no idea how or why it happened, or what it will take to get him back.

Scott has, of course, made it out of the Quantum Realm alone once before, thanks to putting an enlarging disk in his belt where his regulator should have been and activating it. This excursion felt more guided, though, with the Pym/van Dyne family controlling his journey. So, if we assume that he can't really get out without being pulled out this time, where does that leave him?

Well, the Quantum Realm is accessible by at least one other means in the MCU, and that's through magic. We see Doctor Strange briefly visit there in his first solo film while taking a tour of different dimensions courtesy of The Ancient One. Both The Ancient One and Strange are currently dead, though, and while there are other sorcerers present in the MCU, it's hard to imagine Mordo showing up and helping out just to be cool. So, let's assume we can rule magic out for now.

That leaves science, and there are quite a few brilliant scientific minds at work in the MCU even if some of them are now dust. The trouble is that they're mostly a bit... occupied right now. Tony Stark is on Titan, presumably with no one but Nebula left to give him a ride to Earth, while Shuri and Bruce Banner are in Wakanda still trying to figure out just what the hell happened to everyone and what they can do about it. Captain America — perhaps the de facto leader of the Avengers on Earth at this point — has certainly met and worked with Scott, but it's doubtful that he's thinking "Hey, I wonder if Ant-Man is OK" right now. He just watched his best friend crumble into nothingness. He's got other things on his mind.

Someone who might know where Scott is at that moment, though, is Ava, the reformed Ghost. At the end of the film proper, she and Bill Foster (Laurence Fishburne) went into hiding together after Janet healed her, but the mid-credits scene makes it clear that they're still in contact, and that the Ant-family is still working to make Ava better. If Ava and Bill were aware of what Scott was doing and where he was doing it, they may be able to track him down, and since they spent much of the film trying to use the Quantum Tunnel anyway, there's a good chance they could at least figure out how to work extract Scott from it. Assuming, of course, that one or both of them wasn't dusted by Thanos as well. Then things get even trickier for our pal Ant-Man. 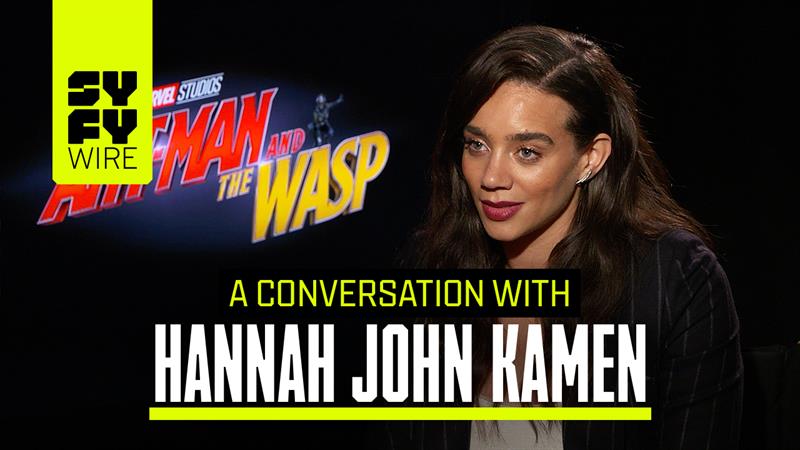 None of this even begins to touch on the implications of the Quantum Realm itself. It's already quite clearly changed Janet van Dyne's physiology a great deal, giving her healing abilities good enough to prolong Ava's life significantly. Did the realm give her other gifts? We don't know. Will prolonged exposure to it give Scott similar gifts? Time and space are different there. Does that mean Scott could travel through it and emerge at a different time?

Janet was certain she could only come out where she wanted to at a particular moment, so there's certainly some kind of relationship between time and location there that hasn't been made fully clear. For all we know, Scott could emerge 10 years older, or he could emerge in a different time entirely, or he could emerge at the same time but with strange new powers. The possibilities seem limitless, and now that the Quantum Realm has been further explored it seems unlikely that the MCU will just leave its strange implications lying there, even if they do wait until after Avengers 4 to pick them up again.

Speaking of Avengers 4, there's one other possibility that should be raised here regarding who could rescue Scott. A major theme in Ant-Man and the Wasp is Scott re-embracing his heroism, and his daughter Cassie (Abby Ryder Fortson) embracing the idea of taking up her father's heroic path. She wants to help people, she says. She wants to be his partner. In the comics, Cassie Lang does indeed grow up to follow in her father's footsteps, and Kevin Feige has already teased that her character is "planting seeds" for the future of the universe. What if Cassie knows where her father was going that day, sets out to find him somehow, and that sets off her journey to becoming the superheroine known as Stature, the first Young Avenger in the MCU? It's a stretch, but it's worth thinking about.

More Ant-Man and the Wasp

Marvel’s Kevin Feige admits studio is ‘planting seeds’ for Young Avengers to appear in MCU
Who is Ghost? A guide to Ant-Man and the Wasp's new villain

Where do you think Scott Lang goes after this perilous cliffhanger? Let us know in the comments! 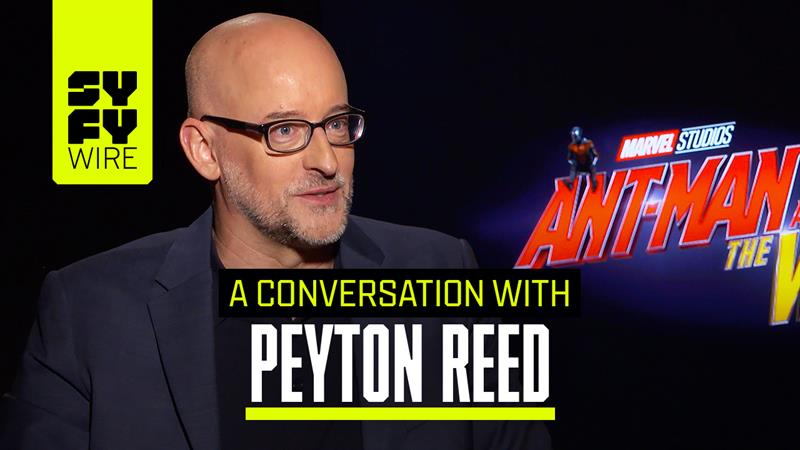