Remember Firefly/Serenity's Jewel Staite revealed that she'll guest-star on Syfy's Warehouse 13? Looks like she's bringing a crew member along with her: Sean Maher, who played Dr. Simon Tam, joins her in the episode "Mild Mannered."

Maher will play a regular guy who undergoes "a shocking physical change" after encountering one of the mysterious objects; Staite will plays his unrequited love. (Kind of a reversal on their Firefly roles, a nice touch.) 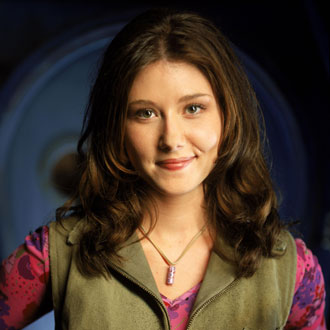 In "Mild Mannered," Maher plays Sheldon, a quiet unassuming guy whose exposure to a dangerous object brings about shocking physical change. Staite portrays Loretta, the object of his unrequited love. Staite starred as Kaylee Frye and Maher as Dr. Simon Tam in the hit series, Firefly, the award-winning 2002 drama from creator Joss Whedon.

Warehouse 13 follows two Secret Service agents who find themselves abruptly transferred to a massive, top-secret storage facility in windswept South Dakota which houses every strange artifact, mysterious relic, fantastical object and supernatural souvenir ever collected by the U.S. government. The Warehouse's caretaker Artie (Rubinek) charges Pete (McClintock) and Myka (Kelly) with chasing down reports of supernatural and paranormal activity in search of new objects to cache at the Warehouse, as well as helping him to control the Warehouse itself.

Warehouse 13 became the all-time Syfy leader in total viewers (4.1 million), Adults 25-54 (2.1 million) and Household ratings (2.9), as measured by 7-Day DVR data, making it the most successful series in Syfy's 17-year history.
Warehouse 13 is produced for Syfy by Universal Cable Productions. Jack Kenny (The Book of Daniel) returns as showrunner.