Summit has released the first teaser poster for The Twilight Saga: New Moon, the sequel to last year's hit Twilight, which you can view after the jump.

Star Robert Pattinson, meanwhile, confirmed to The Hollywood Reporter on Thursday that there will be a fourth installment in the vampire franchise, Breaking Dawn, based on the last book in the series; both New Moon and Eclipse, the second and third installments, are already in the works.

Pattinson told the trade paper that he is committed to starring in the final outing to date but doesn't know when backers Summit Entertainment will begin production because of the actor's full shooting schedule. 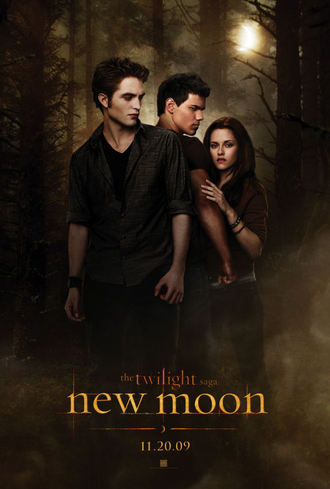 In New Moon, based on the second of Stephenie Meyer's best-selling vampire novels, Bella Swan (Kristen Stewart) is devastated by the abrupt departure of her vampire love, Edward Cullen (Pattinson), but her spirit is rekindled by her growing friendship with Jacob Black (Taylor Lautner).

She suddenly finds herself drawn into the world of the werewolves, ancestral enemies of the vampires, and finds her loyalties tested.