FlashForward will reveal these big secrets when it returns

We have to wait until March for ABC's FlashForward to return, but once it does, expect answers to everything. That's what series co-creator and executive producer David Goyer promises. What's first? (Spoilers ahead!)

"Who Suspect Zero is will be our first episode back," Goyer said in a group interview on Friday on the show's set in Burbank, Calif. "Even in that first episode back, we answer a ton of big questions, and pretty much every episode afterwards. I can't think of a question we don't answer by the end of the season."

Actually, the big reveals start even before the show's March 18 return. A recap show will air before the 18th to summarize the first half of the season, but it will include new footage.

Another big question the show plans to answer is the balance between fate and free will. So far, many flash-forwards are on track to fulfillment, while some have been averted by drastic actions, including one character's suicide.

"What we're going to answer by the end of the season is 'How is it that some of these things can be coming true and some of them can't be coming true?'" Goyer said. "That is sort of the bulk of what we'll be dealing with in terms of philosophically over the second half of the season. It's not determinism, and it's not free will. We never intended it was either/or. There is a philosophical model of the universe that combines them, and we do deal with that head-on in the second half of the season."

Executive producer Jessica Borsiczky Goyer described the philosophical shift thus: "The first half of the season was 'What did you see?', which has now been played out," she said while paired with David. "We know what everybody saw. Now it's 'What will you do?' I think that's where the second half of the season is leading us: seeing what everybody does about their vision now that they've accepted that, by and large, they're happening." 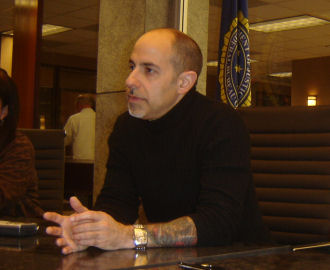 In one of the first few episodes, the show returns to Somalia. Episode three showed that there had been a blackout in Somalia in 1991. The investigation now takes the characters to Somalia in the present, though it's filmed in California. You'll meet the Somali boy who saw the weird smoke, all grown up.

"You meet him as an adult," David Goyer said. "It's also a lot of guys firing rifles at armored vehicles." 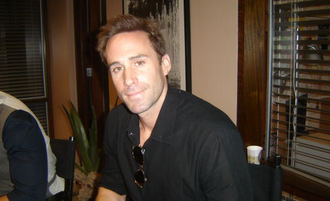 Some recurring actors will have larger parts in upcoming episodes. Keiko (Yuko Takeuchi), Bryce's flash-forward love interest, will be back more often than originally planned.

"I think it's interesting like people really liked Yuko," David Goyer said. "They really, really liked her, so she's in the second half of the season in more episodes than we had intended. There are certain things like that where we've built up people's roles based on that."

You'll also see more of Jeff Slingerland, aka Dr. Raynaud (Callum Keith Rennie), Marshall Vogel (Michael Ealy) and the Man in the Warehouse (Ricky Jay). "Michael Ealy plays a prominent role in the second half of the season, and there's a number of new characters that will sort of be feathering in," David Goyer said. "You're going to start meeting some of the faces of the enemy, starting with episode 11. We'll meet a bunch of them in the second half of the season. That's one of the other interesting things, is we'll start to let you in on who the people that engineered the blackout are and why. There are a couple more that are coming, and, assuming we go into season two, one of those guys will be a series regular in season two."

FlashForward comes back March 18 and will air Thursdays at 8 p.m. ET/PT on ABC.