FlashForward's stars: Why we need a second season

The ratings for FlashForward's return on March 18 don't bode well for the show lasting past this season. We're still with it, and we hope more viewers catch on. Even if they resolve the mysteries of the blackout by the end of this year, there is so much potential for more story that we want them to do it all over again.

The stars and creators of FlashForward gave us more reason to be excited past April 29 when they presented a panel at The Paley Center for Media's PaleyFest2010 on March 11. Season one is moving toward April 29, where the characters will find out if they could change their future or not. 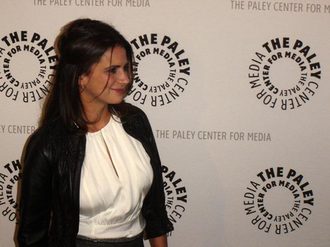 Producer Jessica Borsiczky said that's only half the possibility of the show's premise. "I think, first of all, going forward to the second season, there's a new way to explore some of these questions," Borsiczky said on the red carpet. "What's clear to me now is it can only get better. The longer this show goes, the more exciting the premise gets. I don't think [April 29] ends too cleanly for anyone one way or the other."

The show has already raised the possibility of another blackout. Borsiczky agreed that the characters would experience a second blackout much differently than the first time around. "The show is called FlashForward, so I could see there being other flash-forwards," she said. "I think that would be fun. I think that once it's happened once and we've gone through this season and we have a sense of whether or not things come true, going into it again I think our characters would definitely have an educated point of view about it. They'd be old hats at it." 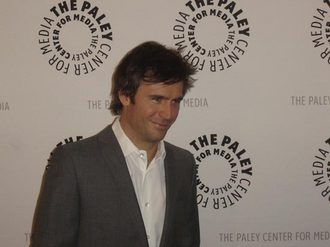 Jack Davenport, who plays Lloyd Simcoe, said if you think it'll all be over by April 29, then the show has you fooled. "Built into the initial idea of the show, it was sort of designed to wrong fool you, to think that it's a sort of finite thing," Davenport said in a separate interview. "It's like you reach that day and the whole point is more games are afoot. I think it's fairly clear from the scale of the first 10 episodes that this is a pretty gigantic narrative that can sort of go anywhere you want it to. I think one full season would hardly do it justice myself." 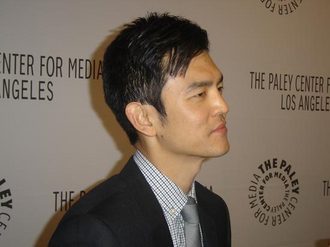 John Cho might not even be in a second season. Demetri Noh may be shot and killed by March 15, but even Cho says there'd be more story to tell even without him. "I think, for me, the case for season two is we may find out the central mystery, but there are so many more stories to reveal and so many more mini-mysteries to solve," Cho said in a separate interview. "The interesting thing about the premise for this show is that you potentially have 6 billion stories to tell, and we just started telling the big story, as it were."

If Demetri doesn't make it to April 29, there would still be fallout of his death for all the other characters to deal with. That could change the face of the second season. "I think it'll change the complexion of the workplace," Cho said. "Certainly there are characters whose lives will be affected by it, and knowing the show, it would probably, if it were to go down that way, I think it would establish a philosophical precedent that would need to be dealt with." 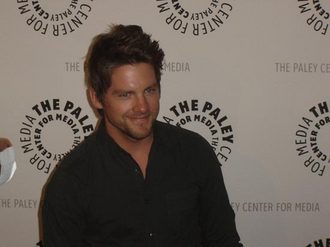 Zachary Knighton, who plays Dr. Bryce Varley, said there will be new obsessions coming up that will need a second season to play out. "A lot of stuff's going to get wrapped up, but I think what's going to happen is that there's going to be a whole new set of questions that need to be answered," Knighton said in a separate interview. "That's how I think we'll set up for a good season two." 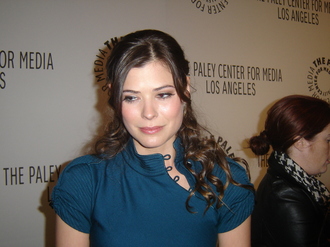 Peyton List, who plays Nicole Kirby, is excited to see how a second season would deal with the fallout of April 29. "I think it's interesting, because we've spent the whole first season reacting to this mega-disaster and this day that is coming," List said. "What happens when that day comes? What happens after it? They bring up a really interesting point during season one where they say, 'What if the day just comes and goes and nothing happens?' It's kind of like a Y2K moment. Well, we were waiting. So it's also the reaction to, after the whole world has been put through this, what is the response to what happens in their lives, how they handle their future from then on not knowing, or not having seen a vision? There are a lot of different directions they can go in."

For the latest sci-fi news, follow us on Twitter at @scifiwire
Tag: FlashForward
Close Search Return to SYFY homepage.