They spoke with us on the show's set last week on the Disney lot in Burbank, Calif., where the cast are currently shooting episodes 19 and 20 on their way to the first-season finale, which will reveal the reality of April 29, the day the citizens of the world saw in visions of the future. (Spoilers ahead!)

Monaghan says the first episodes back—"Revelation Zero," parts one and two—pick up the story pretty much where it left off last year. "When we [left] the show, Simon and Lloyd [Jack Davenport] are at loggerheads because Lloyd, you know, obviously thinks that they were responsible for the blackout and wants to try and stop it from happening again," Monaghan said. "And Simon doesn't think that they were responsible and doesn't want to kind of vilify himself, and so Simon volunteers his services with the FBI, to try and get himself a little bit closer to the lion's den, and, um, he's able to use their database and is able to kind of push forward with his own agenda. You know, which is kind of where we find Simon when it comes back."

We also learn something about Simon's past involving his family, in particular a younger sister. "Well, I liked working with the girl who plays my sister, you know?" he said. "That was kind of fun, to see that Simon's motivation is coming from a place of trying to take care of his family, you know? That was good. I don't have a sister, I have a brother, an older brother, but I always wanted a little sister, so interacting with her has been really fun, because I kind of, you know, can play like she's really my sister. That was fun." 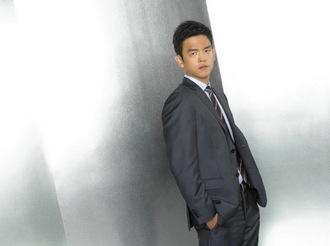 Simon also develops a tart relationship with his FBI handler, Janis Hawk (Christine Woods). "I've loved working with Christine," Monaghan said. "Simon and Janis have this weird kind of relationship where ... they both kind of need each other, in a way, and they both help each other out, but neither one of them like each other, and that's been really fun, because I get on really well with Christine, and to work with her has been a blast."

Big secrets about Simon will also be revealed very soon, starting with the two-parter and leading up to the first-season finale. "I know some things that happen with my character in the finale," Monaghan said. "You hope that the fans are going to like it, because it's one of the more important shows of the year for FlashForward. I mean, I think that the initial pilot is obviously very important, just to show people what type of a world that they're playing around with, but the finale is going to be key, because it's going to keep people guessing."

As for Demetri Noh, the show will deal with the prediction that he will be shot in the chest three times and killed by his partner, Mark Benford (Joseph Fiennes), and pretty soon.

"I know whether Dmitri dies or not," Cho said. "That's being addressed in a very clear way." 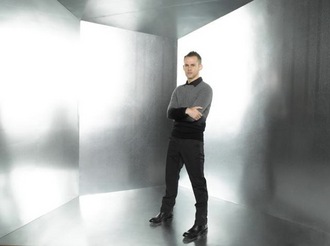 Cho added: "It's very, very thrilling. It's a very thrilling episode. And, yeah, and satisfactory. ... I'll just say this: There are ... some twists and turns that, I thought I knew a few things, but apparently I did not."