Forget Monroe—meet the president of Revolution's OTHER republic

The Mathesons and company have been fighting the good fight against Monroe and his Republic. But Revolution has only begun to scratch the surface of its post-apocalyptic world. When it comes back from its midseason hiatus, we'll find out Monroe ain't the only leader out there.

You remember how, in the fifth episode "Soul Train," we got a glimpse at a map of the current-and-no-longer United States? Other than the Monroe Republic, we found out there's also the Georgia Federation, the Plains Nation, the Republic of Texas, the California Commonwealth and the Wasteland.

This Week in Genre History: Cloverfield was a monster of a mystery 13 years ago
Two new Star Trek sequels in the works, Paramount chief confirms 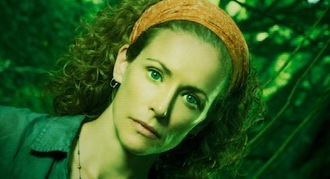 That's a whole unknown world, but it won't be for long. Former 24 and The River star Leslie Hope has been cast to play the part of the tough-as-nails President Foster, who leads the Georgia Federation. She'll be around for a multi-episode stint and will probably play a major role in aiding the Mathesons as they battle their current enemies and continue their quest to bring power back to the world.

Considering we've heard the Plains Nation is allied with Georgia, there may be more major leaders announced soon. Until now, we're just excited we'll be seeing how more of the world is getting along without power.