The Ponds may be gone, but that doesn't mean we won't be seeing any old companions return for Doctor Who's 50th anniversary. It looks like one former companion may have accidentally let slip that they could be, might be, may be back sometime soon.

Noel Clarke, aka Mickey Smith, was on BBC Breakfast this morning to discuss his current projects when, suddenly and without prompting, he uttered the phrase "Who knows ..." with regard to his character returning on Doctor Who. When asked for more, he stayed mum other than to say he'd always come back if asked. 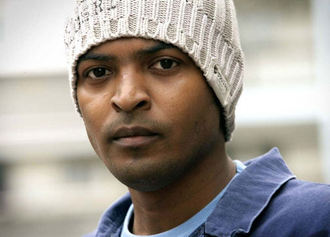 If asked, eh? Sounds more like he was asked and will be back. While Mickey Smith may have started as Rose Tyler's bumbling boyfriend, he grew quite into quite the soldier. In fact, last we saw him, he and his wife, Martha Jones, were fighting their own battles against any potential alien invaders.

Seems reasonable that, if a major threat came to call, Mickey would be right in the middle of it. This news also raises the likelihood that Martha Jones will return.

So that's a possible two for the price of one with this latest bit of gossip from the Doctor Who 50th anniversary front. How do you feel about these characters coming back? And who should be next?