Given the fact that Wonder Woman just went through a rather public redesign in the pages of DC Comics, she probably won't be wearing the same red-white-and-bustier outfit she did in the classic '70s show, opting for something a little more functional. 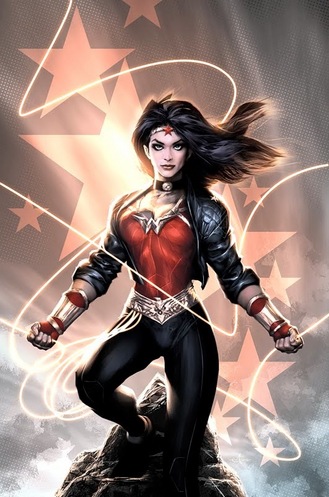 As the casting sheet told us, Palicki's going to have to play three roles wrapped up in one statuesque package: Wonder Woman the hero, Diana Themyscira the CEO and Diana Prince the "vulnerable" woman. Check out our gallery below (which includes a few possibly NSFW pics) and let us know if you think she can handle it!