Tag: Science
One ring (galaxy) to bring them all, and in the darkness bind them
Tag: Comics
Diana strays far from home in DC's new YA Wonder Woman graphic novel, Tempest Tossed
Tag: Movies
Back to the Future Part III is actually the best sequel in the franchise
Tag: Science
With its own built-in armor, this prehistoric monster fish had no fear when it came to head-butting its dinner
More info i
Credit: Getty Images
Tag: TV
Tag: Features

George R.R. Martin predicts the future of storytelling and reveals what SYFY's Nightflyers gets right

SYFY's new series Nightflyers, based on George R.R. Martin's 1980 novella of the same name, tells the story of a space exploration crew trapped aboard the most advanced ship ever built — the Nightflyer. With their own world overrun by poverty, disease, and disaster, Dr. Karl D'Branin (Eoin Macken) and his team board Captain Roy Eris' (David Ajala) titular ship to search out the Volcryn, an alien race D'Branin believes has the technological capacity to save Earth.

While Nightflyers is, at its outset, a seemingly hopeful story, the reality is anything but. This is a horror story — a particularly bloody, mind-bending horror story in which the victims just so happen to be on a spaceship rather than in a haunted house. Roy Eris' Nightflyer is, for all intents and purposes, a haunted house in space.

Sun Eater is an intense, dark, and personal new comic from Dylan Sprouse and Heavy Metal
Data's android parts in Star Trek: Picard were the result of a real-life global treasure hunt

When Martin spoke with SYFY WIRE about the upcoming series, the author expressed excitement over the adaptation, praising both its accuracy and the creative liberties it still takes. In addition, we also got the chance to talk about a new virtual reality experience associated with the series, one Martin thinks is emblematic of where our culture is headed in terms of entertainment and escapism.

SYFY's series differs from the novella in more ways than one, including adding a larger crew to the story and a more immediate sense of violence. Something it does not change, though, is the all-important character of Melantha Jhirl. Melantha, often referred to as "Mel" by her crewmates, is a genetically enhanced superbeing raised from birth to travel through space and assist her far more human counterparts. In SYFY's Nightflyers, Mel is portrayed by Jodie Turner-Smith, who Martin praises as the most accurate version of the character he's ever seen.

In Martin's novella, Mel is written as a black woman, an important fact the novella's original book cover and the 1987 film adaptation resolutely ignored.

Martin first developed Nightflyers as a science fiction-horror crossover, one in a series of sci-fi/horror stories that he calls "hybrids" and wrote in the '70s and '80s. "I had read an article by a critic around that time that had said, 'Well, science fiction and horror can never be successfully mixed' because they're opposite… horror is all about emotions and fear and a universe that we cannot pretend to understand, and science fiction is always about rationality and intellect and problems [that] are solvable by application of the human mind. And so you can never have a story that was both.

"And, of course, I took that as a challenge."

Martin is, understandably, best known as the mastermind behind Game of Thrones. HBO's record-shattering adaptation of Martin's A Song of Ice and Fire series of novels launched him into the mainstream spotlight like never before and created a cult following that is relentless in its demands for more material. Questions of when the next ASOIAF book, The Winds of Winter, will be published abound, but, as proven with Nightflyers, Martin's canon stretches far beyond the borders of Westeros.

Nightflyers can even reach into the real world. At least, it can via virtual reality technology. In conjunction with the series, SYFY is launching three original virtual reality chapters that are in collaboration with but still separate from the series. Written and directed by Nightflyers showrunner and EP Jeff Buhler and developed with Justin Denton, the VR episodes will allow users to follow three of the series' characters, Murphy, Thale, and Lommie, as well as three new characters, through the bowels of the Nightflyer.

Martin, who got the chance to personally experience one of the VR episodes, says he believes VR is a new art form that may, one day, replace television and film.

"Not only [can you] read a book or watch a television show, but you can live an adventure," Martin says. "You can go into the world and your senses will engage, you'll see things, you'll do things — the choices you make will affect the story in one way or another.

"And that's [an] exciting possibility. But I think we may be like the theatre before Shakespeare, you know? There were plays before Shakespeare, but it was the Elizabethan theatre that really made the theatre come alive. And of course, movies began with little, real things of trains arriving at the station and then eventually we got up to Star Wars. So there's a lot of maturation that has to go, but I think it is potentially a really exciting new art form for the future."

While Martin admits that he doesn't think he'll ever be able to use VR tech for his own creative endeavors — "because I'm a million years old," he says, laughing — he believes, as a long-time sci-fi creator, this is the kind of tech that will push us into the future. Let's just hope our own world's future is devoid of any haunted spaceships.

Tap the image below to explore the Nightflyer in augmented reality! *Only available via Apple News and Safari on iPhone or iPad (iOS 12 and higher) 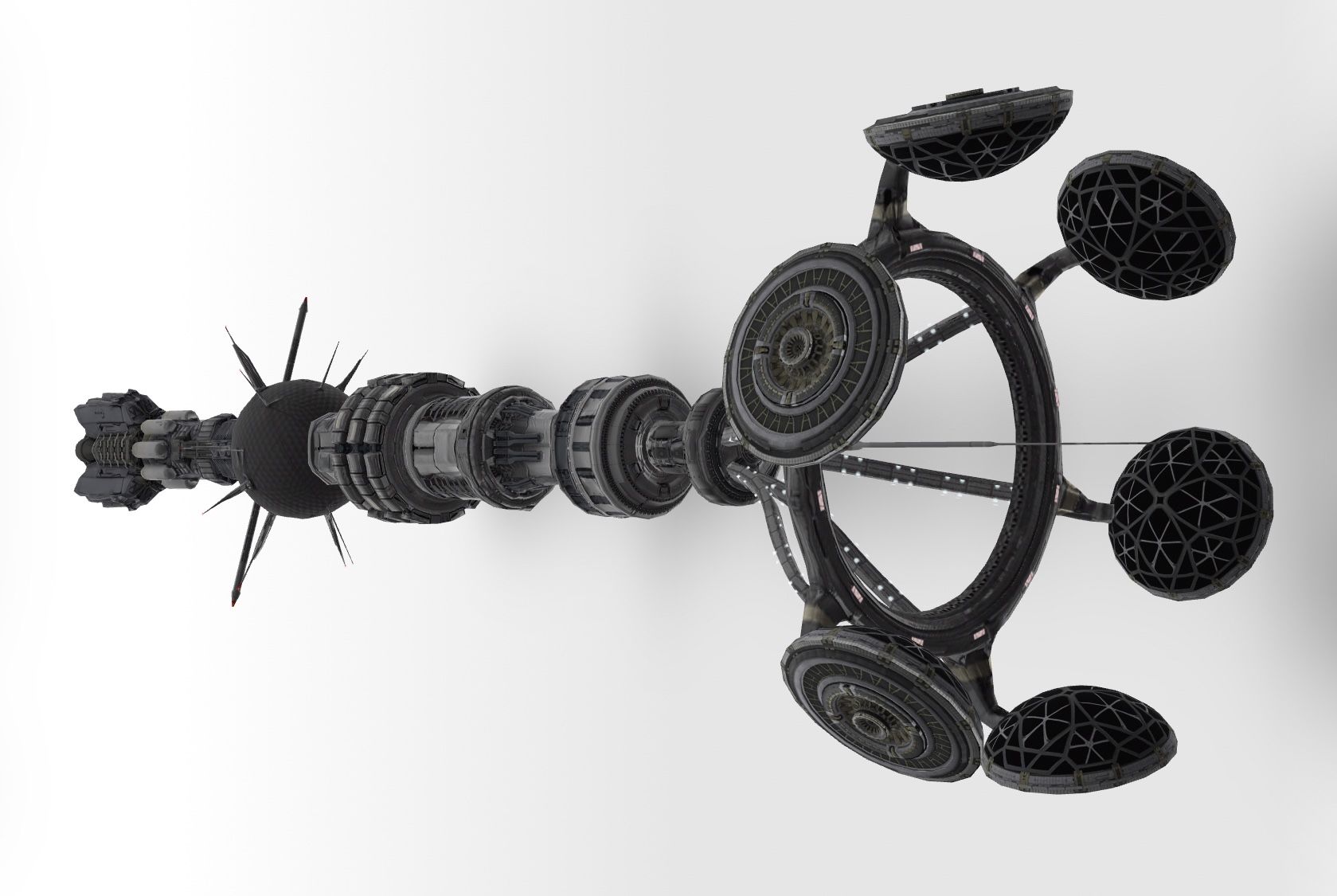