We have an exclusive glimpse at concept art for SCI FI Channel's upcoming movie event Riverworld, based on Philip Jose Farmer's SF series of books. You can see more after the jump.

Riverworld is a two-night, four-hour movie event, slated to air in 2010. Tahmoh Penikett plays Matt Ellman, an American war reporter who has witnessed the worst of humanity firsthand yet still retains an optimistic spirit. When a suicide bomber kills both Matt and his fiancee, Jessie, played by Laura Vandervoort, they awaken, separated, in a mysterious world where everyone who has ever lived on Earth seems to have been "reborn" along the banks of a seemingly endless river. 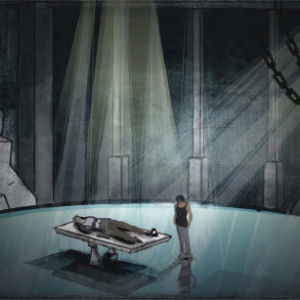