It's been five terrifying, madcap, strange and wonderful years since Fox's Fringe first popped up on our TV screens, and executive producer and showrunner J.H. Wyman has been with the show for most of the way. As the series is about to sign off forever with a big two-hour finale tonight, Wyman takes a mind-bending look back at the series that refused to be contained by time, space, a universe or even a timeslot.

Fringe co-creator J.J. Abrams called Wyman back in season one to help him with the freshman series because it was "having trouble finding its legs," said Wyman. "And J.J. had asked if I would come on and give a hand and try to figure things out. And I remember saying, 'Well, I love science fiction, but I've never really written it, so I'm not sure that I want to get into that right now.' But then he said, 'No, you don't understand. It's really about a family.' That's why it's called Fringe, because it's these disparate people."

That caught his attention. "I'm very much an existentialist, and so for me, that really compelled me. And I started really digesting what science fiction was. For me, the better science fiction was, the more about family it became, or the more about humanity it became. The more about being a human and what it is to be human. So once I understood that, huge floodgates opened and I was just like, this is my favorite thing ever. I could do metaphors, and what an amazing platform to tell some pretty wonderful stories," said Wyman.

"Fringe is probably one of the only shows that you can have a love triangle involving two of the same people and you can have people die and then come back, and buy it, and break universes, all the while talking about how important connection is," he added. 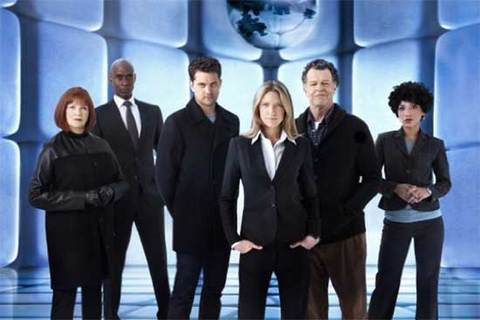 For the most part, Wyman has been thrilled with how the series has evolved. Ask him about his favorite episode and he has trouble pinning down just one.

"It's hard to say because I wear so many hats. As a writer, of course, 'White Tulip' for me was big, because that was when it really occurred to me what a mythalone was," he said. As in a stand-alone mythological episode.

"It was so crucial to the way that we tell stories and the successful part of how we tell stories now on one level. 'White Tulip' was very important and impactful for me because that idea came from a dream of mine, and all I could really understand from the dream was a message of hope. And then I thought, 'Okay, this is something really important that I have to share with the world, and I'm going to tell it through this story.' And I did. ... Ultimately it was truly about love, and then in turn Walter gets hope and the concept of God versus science and all these great things that I got to examine. It was a very full episode in that regard for me. If I had to pick one that was mostly my worldview and the romanticism that I get caught up in as a storyteller, that would be one, because it was that big for me," he said.

Wyman calls "Peter" a "quintessential episode," and for him "August" spoke about the heart being "an organ of fire and that you can't machine out feelings altogether and that if you are human at all, you are going to be affected. And September, of course, watched his colleague fall to the very things that he was afraid of, that he was feeling, that he was trying to qualify and understand about his charges," he said.

And one of his favorite images was with William Bell and the Twin Towers, an idea that came from writer Andrew Kreisberg. "It was so iconic that everybody knew in America [they were looking at an alternate universe]. Oh, my God."

On the other hand, what's disappointed him most was the reaction to Peter vanishing for a good chunk of season four. He admits he wished he'd handled the storyline differently. 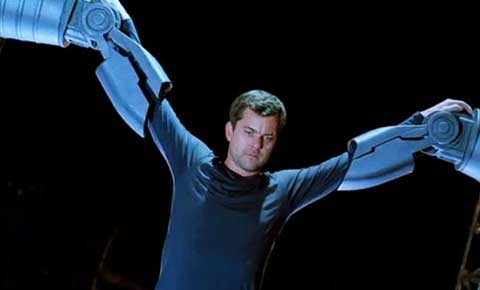 He and the other writers were trying to deal with the subject "What impact do you have on others? What impact do they have on you? What if you didn't exist? How do you illuminate other people's lives? That was really very interesting to us, because it was all about being present. If you look at the major themes of what this show is about, it is that life is valued by the connections that you make. So if you have a life that is void of deep connection and meaningful contact, I don't think that's a life at all. Me personally, Joel, I don't think that that's a life worth living. I think you have to seek those out, and that's your job as a human being. Be vulnerable and try to connect with people," he said.

However, viewers thought Peter was not coming back, and they did not like the storyline. "Hey, the audience is always right, and they take what they want to take. So I probably look back at that and say I would maybe have handled that slightly differently. I'm sure my colleagues feel the same. Jeff [Pinkner] feels the same. We've spoken about it. But it is what it is. It's part of the movement. The truth is that you learn so much from your mistakes. As a writer and as a creator and as a storyteller. You learn so much," said Wyman.

As for this final season, "The idea that humanity lies in the balance is really interesting for us. That's something that ... I mean, we've always talked about the coming war, the children being prepared for the war. That could have conjured some pretty different images of what's going on now, because the war has taken on a whole different meaning. ... Actually, they were fighting for humanity and didn't even know what that meant. So it did come to pass, just in a very, very strange way," he said. 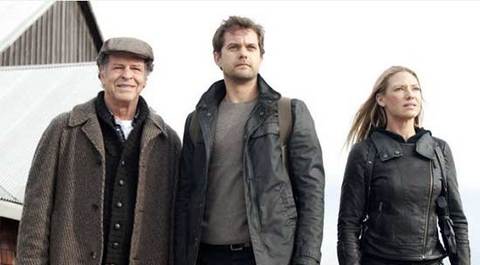 This season, coming up with a satisfying ending for Fringe "was daunting, because there's a lot of questions. There's a lot of silly ones that have been left open. There's a lot of really important ones. And to sit down and say, 'Okay, I've got 13 hours left. How am I going to use it?' And I want to make sure I tell a very emotional story that makes you feel two things. Number one, it's going to end at what you feel is its logical conclusion. I can see what happened to everyone, I can understand what has happened to everyone, and some of the things I may not have expected, but I do grasp it. I get it. It makes sense and I can feel a sense of closure. And then the other is that I've been watching these characters for five years and I feel satisfied," said Wyman.

"And number two is that I wanted very much to have a viewer, a fan, watch it and sort of go to bed and wake up the next morning and get ready for work and get in the car and drive and think about the show and think about the characters that they've loved for so long and actually are able to imagine what they're doing now. To give them a sense of completeness, like, 'Okay, I know they're okay somewhere. I know what's going on. I can imagine them.' Because to me, then they'll live forever," he said.

Will Fringe's characters live forever in your mind?