[Update: Kirk Acevedo, who plays agent Charlie Francis, has reportedly said on his Facebook page that he's been fired from the series. (Thanks to Michael Ausiello at Entertainment Weekly for the heads up.)]

Fringe has barely wrapped for the year, but Fox has already renewed the intriguing series, and writers/executive producers Alex Kurtzman and Roberto Orci told SCI FI Wire that the surprising events of the season finale set up season two.

Orci and Kurtzman, the writing team behind Star Trek and Transformers: Revenge of the Fallen, spoke exclusively with us on Friday about what's in store for Fringe next season. Following is an edited version of our conversation. (Spoilers ahead!)

Looking at the finale, what were some of the things you wanted to set up for season two?

Orci: Before setting things up, we wanted to give some answers. If you look at the Internet, you'd see various levels of awareness of what's going on and with what we were thinking. You saw Walter [John Noble] find the grave of his son, Peter [Joshua Jackson]. You saw Olivia [Anna Torv] essentially step into another world and meet William Bell [Leonard Nimoy].

You have a gigantic clue to what has been a potential organizing principle or source of the Pattern and what these weird events are. In some way, two worlds are colliding, so that sets up the potential for a wonderful exploration of how these things interact, who William Bell is, is he good or bad, and is Nina [Blair Brown] friend or foe? You are going to see the Fringe division come under more intense scrutiny and therefore have to operate more clandestinely. You are going to see Peter become more engaged as he discovers some of the things the audience has found out.

Will you be resolving what Walter did to Olivia?

Kurtzman: Geologically, it will be handled in the very near future.

Is Walter ever going to fully regain his memory?

Kurtzman: We always think he's going to take a couple of steps forward and a step back, which is common with all kinds of recovery. You always try to imagine the lifespan of the show, and as that becomes clearer, we will decide how far he will get in his quest to remember exactly what he is responsible for or who he is. 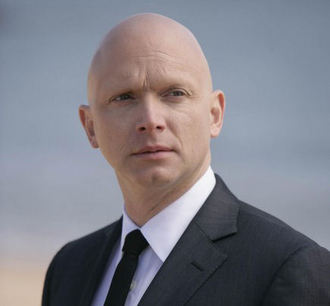 The Observer (Michael Cerveris) has become the "Where's Waldo?" of Fringe. Is he going to continue being an ongoing presence, and are you planning on exploring where he fits into the grand scheme of things?

Kurtzman: Absolutely. The Observer has turned into one of our favorite elements. If you are a fan of the show, it's one of the things you can follow like a true serial. If you don't, you don't have to think about it. But that is such a great clue into the overall mystery of the show, and we are exploring ways to reveal his role without giving it away completely.

Did casting Leonard Nimoy as William Bell evolve out of your Star Trek experience?

Orci: Absolutely. We all had such a great time and were literally in this whirlwind of having enjoyed working with each other so much. [Executive producer] Bryan Burk was actually the one who suggested Leonard for William Bell. We thought it would be embarrassing to ask him for another amazing favor, but we did. [Fringe co-creator and Star Trek director] J.J. Abrams e-mailed him, and he was interested.