Filming for The Wolverine is in full swing, and we've just learned one of the X-Men is set to make a cameo appearance in the Hugh Jackman 2013 summer film. Can you guess which one?

According to a story over at We Got This Covered, our adamatium-clad and clawed hero is set to meet up with none other than ... Famke Jannsen's Jean Grey.

But wait a minute, you'll tell us. Isn't The Wolverine taking place before the events of the first Bryan Singer X-Men films?

According to Cinema Blend, the apparently 100 percent confirmed story is that a new forgotten memory of Wolvie's (remember how his memory got scrapped because he got shot in the head with an adamantium bullet after undergoing the experiment that gave him his indestructible adamantium skeleton?) will show up, revealing that Wolvie and Jean Grey actually met before that first, fateful meeting in Xavier's School for Gifted Youngsters in X-Men.

Seems that Janssen flew in last week to Sydney, Australia, to film her cameo scene. However, nothing more is known, so it's a big mystery as to how Jean Grey will actually fit into The Wolverine's Japan storyline, if she fits in there at all. 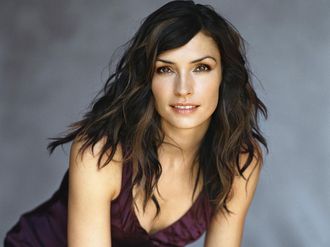 Are you guys excited about having Janssen back as Jean Grey in a cameo for The Wolverine? And what do you think the appearance of her character means for the film?

Director James Mangold's The Wolverine will roar into theaters on July 26, 2013.

(We Got This Covered via Cinema Blend)