Happy Bastille Day! It's the day on which, as every American schoolchild knows, we celebrate the time in history when a bunch of plucky freedom fighters stormed a symbol of oppression by flying their X-wing fighters into the trench that led to the unprotected exhaust port of the Bastille and freed the Ewoks, so that everyone could eat cake. Or something like that.

Please note that we're only covering sci-fi movies, not fantasy movies, so classics like Jean Cocteau's Beauty and the Beast and Albert Lamorisse's The Red Balloon won't be included. Same for non-French films starring French actors, otherwise Close Encounters of the Third Kind would be at the top of the list due to François Truffaut. Though all of those are sure worth tracking down ...

A Voyage to the Moon 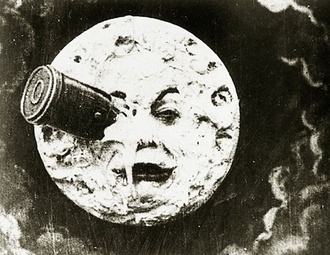 This 1902 classic isn't just one of the most important French SF movies of all time, it's the first narrative SF film of all time ... the mustard seed out of which an entire cinematic genre grew. Film pioneer Georges Méliès creates filmic lunacy, literally, as a chorus line of fin-de-siècle dancing babes load our heroes into a Jules Verne-like cannon, out which they're shot into the Man in the Moon's eye. On the lunar surface, they encounter contortionist aliens who blow up when hit with bumbershoots. Kinda awesome. 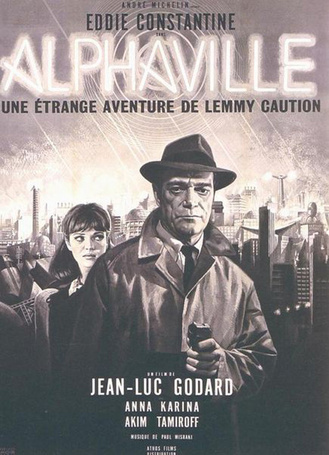 New Wave film innovator Jean-Luc Godard creates a science fiction setting using Paris as an objet trouvé (a found object out of which art is made) by just shooting the City of Lights as is and calling it a dystopian future. In this 1965 art house mega-hit, tough guy Lemmy Caution travels to the titular world in his bitchin' mid-1960s Ford and overthrows the master computer that's imposing mindless conformity on the inhabitants. You can keep your Luke Skywalker gear. Lemmy (played by tough guy Eddie Constantine) shows that SF heroes can liberate people just fine in Chandler-esque rumpled trenchcoats. 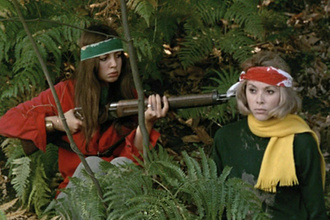 Goddard again, creating in this 1967 mini-epic an extended trailer for the following year's May 1968 Paris riots. A decadent, bourgeois pig-dog couple go out into the countryside surrounding Paris and find themselves in a world that's equal parts Ken Kesey's Merry Pranksters taken to the extreme and a J.G. Ballard dystopia. Beyond its scathing social commentary, this flick is noteworthy for a famous eight-minute tracking shot that depicts a traffic jam as the end of the world and a lighthearted scene in which that whiner Emily Bronte is immolated. 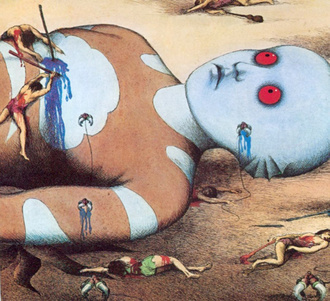 Based on French SF author Stefan Wul's novel, this gorgeous 1973 work of animation (that no doubt caused many a rough acid trip as it played college campuses) depicts a world in which humans are the playthings of blue humanoid giants. One human escapes and leads a resistance against the giants. The animation wasn't achieved through the use of transparent cels, but through the use of hinged paper cutouts. Roland Topor, the demented French cartoonist (who also wrote the novel on which Polanski's The Tenant was based), worked on the screenplay and did the art direction for this classic, which won a Special Jury Prize at Cannes. 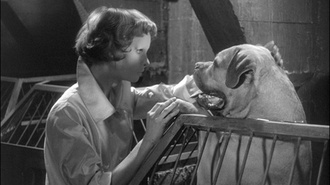 AKA Eyes Without a Face. Now that French doctors really are performing face transplants, this 1960 work of genius by Georges Franju isn't technically science fiction anymore. But it's still one of the most poetically and disturbingly beautiful movies of all time. The great Pierre Brasseur plays a plastic surgeon trying super-advanced grafting techniques to restore the beauty of his daughter, whom he disfigured in a car wreck and who walks around covering her wounded visage behind a porcelain mask. Franju, who somehow made Paris slaughterhouses elegant in his documentary Blood of the Beasts, makes this mad-scientist scenario play out like a dream with the help of screenwriters Pierre Boileau and Thomas Narcejac, who wrote the novels on which Vertigo, Diabolique and Body Parts were all based. 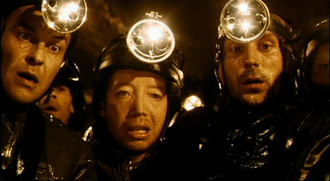 This surreal 1991 gem by Marc Caro and Jean-Pierre Jeunet is set in a decayed and destroyed France that has gone through ... that has gone through ... well ... something that messed things up. Messed 'em up real good. Centered around a decaying apartment building at a time when food, especially fresh meat, is in short supply (kinda like all those times French truck drivers go on strike), Delicatessen shows the clever and at times extreme lengths a hard-pressed butcher will go to to keep his butcher shop stocked. More of an extended mood than a narrative that features great crumbling-urban-decay camera work by Darius Khondji, who'd go on to shoot Se7en.

The City of Lost Children 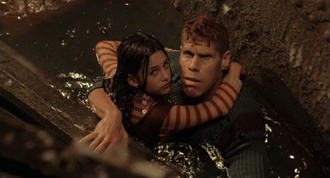 Marc Caro and Jean-Pierre Jeunet are at it again in this 1995 classic, which is a 112-minute primer for almost all things steampunk in the way Blade Runner is a primer for cyberpunk. Veteran actor Daniel Emilfork plays a mad scientist who creates machinery that looks like it should power Captain Nemo's sub Nautilus in order to steal the dreams of kidnapped children. Featuring the great Ron Perlman as a circus strongman, a disembodied brain prone to migraines, a trained flea that releases soporific enzymes, evil conjoined twin sisters and best of all ... Dominique Pinon as a tribe of stunningly idiotic clones. 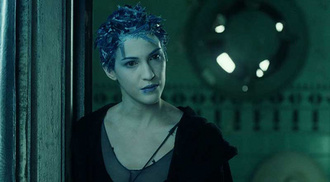 The great comic-book artist Enki Bilal adapts his own sequential art epic to the screen in this retina-punching 2004 film. In a scenario that kind of feels like something Roger Zelazny would have written at the height of his powers, a giant pyramid that would put Ra's ride from Stargate to shame appears over a future New York City, holding a tribe of deities. The gods are putting Horus on trial, whose destiny seems tied up in a genetically unique woman named Jill who cries lapis-colored tears. With Bilal's eye, the use of CGI backgrounds and sets doesn't feel like a cheat the way it does in crudfests like Speed Racer, but actually adds to the sense of scope. 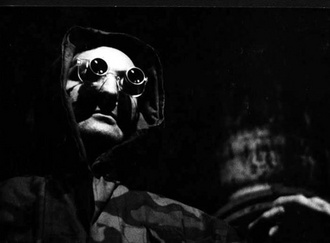 One of the greatest science fiction films ever made, cramming into its 28-minute running time more scale and drama than you'll find in most cinematic SF trilogies. Chris Marker's 1962 masterpiece (which you can watch here) is told not through "moving" pictures, but through a series of still black-and-white photos that bleed into each other (except for one famous shot of a woman blinking). In the far future, after World War III has reduced Paris to rubble, a man held in an underground prison camp is subjected to an experimental process that will send him back in time so he can retrieve food, medicine and power supplies. Gorgeous to look at, this is the acknowledged inspiration for The Terminator that was later remade by Terry Gilliam as Twelve Monkeys.

Brotherhood of the Wolf 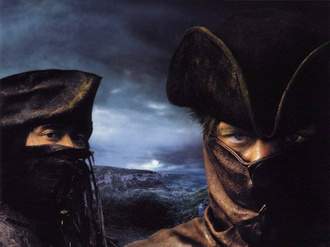 An epic 2001 work of alternate history from Christophe Gans, who crams his 18th-century period piece with bits from Last of the Mohicans, Jaws, A Tale of Two Cities, every costume drama you've ever seen, about a dozen Hammer movies, Barry Lyndon and The Matrix. Name of the Rose-like intrigue abounds as secret societies get involved in mysterious attacks by an unknown beast in the countryside of Gevaudan. Outstanding creature effects by the Jim Henson crew add much, as does brilliant set and costume design.