Alden Ehrenreich was the first person to audition to play the young Han Solo, and when he got the job, he faced a conundrum. Solo: A Star Wars Story was an opportunity he probably couldn't pass up, but at the same time, taking the job meant that he faced one of the daunting jobs in modern pop culture: stepping in for the iconic Harrison Ford in the role that made him immortal.

Obviously, Ehrenreich took the gig, pitfalls and all. And Ford did what he could to make the impossible job a little bit easier, largely laying off his younger counterpart after an early breakfast meeting before production began. He didn't betray any later private conversations with Ford, but it took until the film's press junket — Ford didn't attend the premiere on Thursday — for Ehrenreich to get his public seal of approval.

The strange, difficult history of queer coding
Cataloging the cuddly and not-so-cuddly dogs of Star Wars

"Today I was doing an interview and they were talking about, was there anything else you’d like to ask him?" Aldenreich relayed during a press conference for Solo in Pasadena on Saturday, referring to a conversation with Entertainment Tonight. "And they were like, 'Well, now you’ll have your chance,' and he was behind me — he came [today] — and he was so effusive about the movie. I know for Ron and Kathy, it’s such a huge deal for him to really genuinely love the movie."

That Ford — a man who is not known for his effusive enthusiasm for anything — dropped in to give his seal of approval came as a tremendous relief for the young actor. It had been two long years of preparation and then production, of trying to emulate one of the most iconic characters in cinema history while also making the role his own. This was uncharted territory; while superheroes are often recast, Ford originated the role of Han Solo, with no prior comic book or even novel version preceding him.

To find that balance, Ehrenreich binged on Star Wars... and then went cold turkey.

"The way I went about it pretty much was to watch the original movies very early on and just kind of absorb as much as I could," he said. "Mainly the character, how he’s operating in the world, and Harrison and the whole Star Wars universe, which is so rich and there’s so much to it. So I tried to take in as much of that as I could very early, because I had the role for quite a long time before we shot. Then went on to working on the part, putting all that aside and playing this guy where he is now." 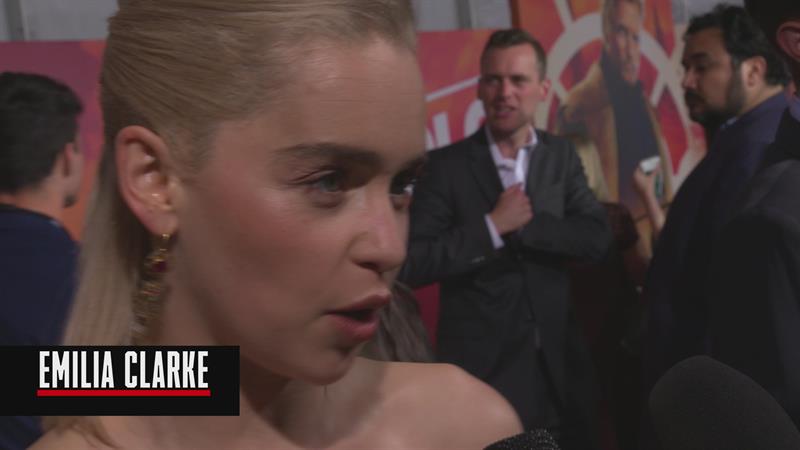 Meanwhile, the film's director, Ron Howard, addressed the big Hutt in the room with the sort of understated grace that has marked his entire time as the director of Solo: A Star Wars Story.

Howard, who came on to direct the film after 21 Jump Street filmmakers Chris Miller and Phil Lord were fired from the project last year, acknowledged the transfer of power during a press conference in Pasadena to promote the film on Saturday. About 20 minutes into the press session, Howard mentioned Miller and Lord's contributions while giving an answer to a question about casting his brother Clint Howard in a cameo role.

If he was calm and collected on stage, it came after months and months of nerves and frantic work; sources have estimated that about 70 percent of the final product came from Howard's time on set. As he relayed to the assembled press, "From the moment [his hiring] was announced, I said to myself, ‘Ron, don’t f**k this up.'"