How a Power Rangers sequel could still work

In 2017, Lionsgate released their attempt at a Power Rangers film with an artistic reimagining of the definitely-meant-for-kids TV show. The film had a relatively unknown but incredibly talented young actors cast as the Rangers, ancillary roles filled by popular film and TV veterans, an intense fandom, and the benefit of both nostalgia and blockbuster buzz. And so it a little puzzling that Power Rangers significantly underperformed with a haul of $142 million.

However, thanks to incredible merchandise and home video sales, there is a good chance a sequel could still go into production. And if that happens, they really need to get it right, or it could doom the franchise for a very, very long time. 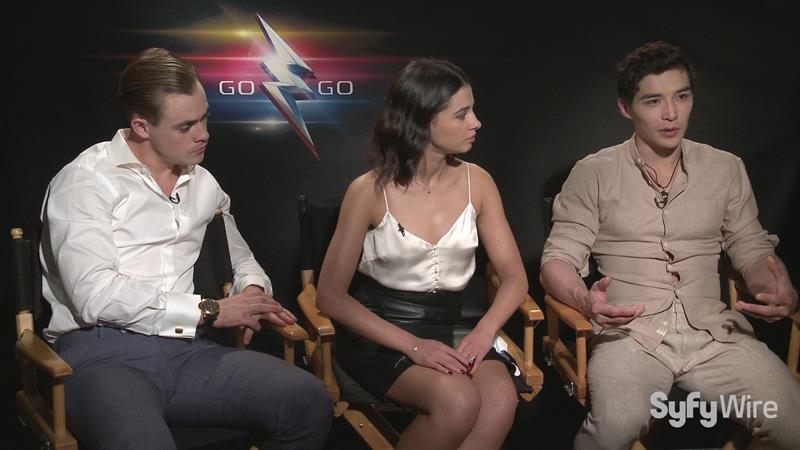 One of the greatest challenges that faced the Power Rangers film was expanding the characters and the world they inhabited into something substantive. In the TV show, the characters were mostly one note: Billy was the nerd, Kimberly was the popular girl, Jason was the athlete, etc. Every week, theyʼd take turns overcoming a trivial issue in their personal lives whilst having to face whatever pun-tastic monster Rita Repulsa and her goons threw at them. That formula didnʼt translate well to a feature film, but the writers managed to really polish a turd by creating a diverse, multilayered team of teenagers.

Jason is the athlete but struggles with the tremendous weight of his success. Billy is the nerd but has to deal with the complications of Asperger syndrome. Kimberly is the popular girl but ends up ruining her reputation due to the teenage drama that plagues her life. Zack faces a potential life of poverty whilst taking care of his ailing mother, and Trini is haunted by the idea that her nuclear family could never accept her sexual identity. Thereʼs a sentiment for every viewer to connect within the team, and fortunately the film doesnʼt paint the issues facing the teenagers in broad strokes.

Combined with the necessary process of retelling the teamʼs origin story, most of the heavy lifting has been done. But there's more work to be done. Luckily, time has helped on that front, as well. A number of cast members have become much more famous since this time last year. Dacre Montgomery, who played Jason, was just in the second season of Stranger Things. Ludi Lin (Zack) and Naomi Scott (Kimberly) will both star in Aquaman and Aladdin, respectively. By the time a second film releases, the entire cast will have significantly more star power, especially if Montgomery keeps his mullet and mustache.

Power Rangers also set up new design and action elements for a sequel with its McGuffin. The Zeo Crystal was presented as the source of life for Earth, and was the item Rita Repulsa desired for herself. In the TV show, the Zeo Crystal would go on to become the source of the Rangersʼ power, and would give them new costumes, new weapons and new Zords to use in their fight against evil. But what could raise the stakes high enough to warrant an upgrade for the Power Rangers? Why, new villains of course!

If the next film introduced Lord Zedd, a monster that looks as if you gave human form to a brain, it would present a formidable threat to the Rangers. In the TV show, the self-declared Emperor of Evil had sent Rita Repulsa to enslave Earth since he deemed it to be below his abilities. He was considered so menacing that parents wrote in with complaints and the character was morphed into a more comical villain.

Since thatʼs something the producers of this franchise are clearly not concerned with, a big screen Lord Zedd could double down on the monstrous elements of his initial incarnation and expand upon the horrific imagery flirted with in the first film. With Lord Zedd could come Tommy Oliver, the Green Ranger, the one-time nemesis who would go on to lead the team.

Tommy was the new kid at Angel Grove, who was brainwashed by the evil green power coin into doing Rita's bidding. "Green with Evil," the multi-part saga of the original show, is considered by most fans as some of the best episodes. 2017ʼs Power Rangers even introduced the notion of a Green Ranger by having Rita serving in that role before betraying Zordon millennia ago. To have Zedd show up, find Rita frozen on the moon after being knocked into space by the Megazord, and then bestowing her power coin onto Tommy would be a solid premise for a sequel.

But what of the casting of Tommy? Something that has been teased and has seemingly been accepted by both the cast and fans is the idea that Tommy could be female. This would not only balance out the gender ratio of the team, but would expand upon the inclusivity. Especially with the potential of a Trini/Tommy romance: a LGBTQ relationship in a superhero movie is a rare, if not impossible, find. To then put Tommy in a leadership role for the team would be a powerful statement. These elements come together to form not only a potentially great story, but present those oh-so-important marketing and merchandising opportunities that go hand in hand with blockbuster superhero films.

It also might not be a crazy idea for a sequel to find its home on a streaming service such as Netflix, where some pressure would be taken off of the film to compete over a weekend for the box office. Fans and critics alike, whilst very aware of the problems that hinder Power Rangers, lauded a lot of great decisions and directions the film made and seem incredibly receptive to a sequel. Whether that movie employs these suggestions or tells a completely different store, hopefully it finds the success that alluded the initial outing.