Former Twilight vampire Cam Gigandet plays a hunter of vampires in the upcoming supernatural horror western film Priest but told SCI FI Wire that they're a different kind of bloodsucker from the sparkly romantic ones in Stephenie Meyer's books.

"If you wanted to call them something, they would be vampires, but not in the terms that we think vampires are," Gigandet said in an interview on the Los Angeles set of his new film, The Roommate. "They don't like sun, and that's kind of the main similarity. Other than that, they don't look like humans, and they move differently. When people think of vampires now, they think of Twilight, but it's not like that at all."

Twilight's Cam Gigandet plays another vampire in Priest
4 amazing things about Priest that made Paul Bettany go '@#&$ me!'

Priest, based on a TokyoPop comic book, is set in a world ravaged by centuries of war between man and vampires. It follows a warrior priest (Paul Bettany) who turns against the church to track down a murderous band of vampires who have kidnapped his niece. Gigandet plays a young wasteland sheriff who is part vampire and who partners with Bettany's priest to save the girl he loves.

Gigandet said that he'll begin shooting Priest at the "end of August. That one's a big movie." Following is an edited version of the rest of our interview with Gigandet. Priest is eyeing an August 2010 release date. 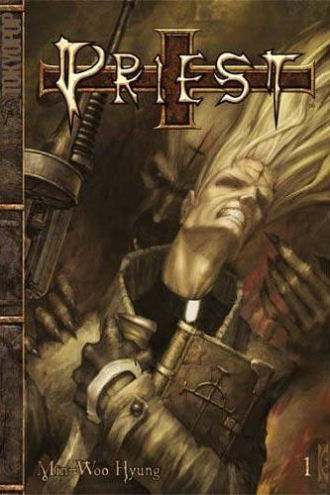 Had you read the graphic novel Priest is based on?

Gigandet: No. I hadn't even known about it until after I auditioned. Now, looking at both the script and the comic book, they're related, but I don't know if it's based on it entirely. Personally, I like the script better. ...

Will the vampire creatures be computer-generated, so you are looking at only a tennis ball on set, or will they be live-action actors?

Gigandet: I haven't started it yet, but I'm assuming [they'll be guys on set], and I hope there will be some makeup or something to relate to.

What will it be like going from playing a vampire to vampire hunter?

Gigandet: It's going to be a change from Twilight. This character in Priest is obviously very different, but he's also very normal, and he has a lot to prove. It'll be a nice change of pace for me. Sort of coming full circle in the vamp genre.