Betsy Palmer, who played Pamela Voorhees in the original Friday the 13th, explains on the new Blu-ray release why her character was completely justified in committing murder.

"I know it's just rationale on my part," Palmer said during an exclusive interview. "But as an actress you do have a life before you go in front of the cameras, and that was the story I made up."

Coinciding with the release of the upcoming Friday the 13th reboot movie on Friday, Paramount Home Entertainment released the original 1980 film on DVD and Blu-ray a week ago.

Both sets feature extensive extra content, including commentaries and featurettes, in addition to remastered picture and sound. Palmer contributed to the commentary track and discussed her participation in the film in several featurettes, including footage of a cast and crew reunion held in 2008.

In addition to talking about how she came up with Voorhees' background, Palmer admitted that she doesn't think much about the movie now and added that she agreed to appear in the film only because the $10,000 paycheck was the same amount as the price tag of a new car. Following is an edited version of our exclusive interview.

Betsy, in one of the interviews on the new Blu-ray of Friday the 13th, you said that you think Pamela Voorhees is crazy, but not insane. What does that mean to you?

Palmer: You can be crazed, but that doesn't mean you've lost your mentality, necessarily, and gone off into another world, another view of life. All I know is that I felt that she was absolutely justified in behaving the way that she did. It has to do with the way I thought about the character and developed the character of Pamela Voorhees. When I read the script, there was one segment that said there was a hand with a class ring on it.

I said, "Oh, she's from my time, because in my time, in the '40s, we went steady, and you always wore the guy's ring, either on your hand or on a string around your neck." I can understand where she's coming from. In those days, we were not promiscuous, but I figured that they were so in love that they did make love, and she became pregnant. She told him, so he went ape, and that broke up the relationship. Eventually she begins to show her pregnancy, and when she does her father has this fit and throws her out of the house, so I figured she goes to the Salvation Army home for unwed mothers, and she has the baby there. Now she hasn't finished school, she doesn't have a way of earning a living, she's done all of this stuff, and then one summer this job comes along at a summer camp. She figures, "How marvelous, my little boy will be able to be with other kids." So we got to the camp, and, of course, what happens is he's off swimming, and the young lovers go off to make love, and my boy drowns. From there on in, she then becomes crazy. It's been one thing after another, piling up for years. So she keeps trying to close the camp down so that another child will not drown. 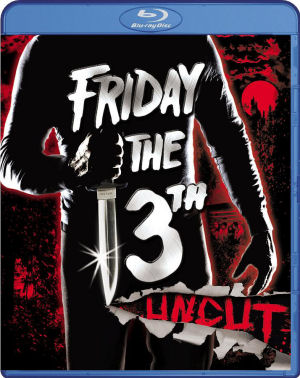 How aware were you of what your character was doing in the rest of the film, since technically you were only in one scene?

Palmer: I've only seen the film in all this length of time maybe four times at most. All I knew was Adrienne King, who was the girl that my sequences were with, so I really didn't pay much attention. Again, like I say, I didn't think it was ever going to last, but the other day I got a fan letter from someone wanting a picture in Russia, so go figure.

It sounds like horror movies aren't your cup of tea. What did you think of the finished film when you finally saw it? Was it what you expected?

Now are you surprised by the longevity of the film among horror fans?

Palmer: Yes. After 29 years of people being gaga about it, and then I go and do these autograph signings, and you have the people who come to you and want your autograph and stand in line and they want to talk to you. They love me as Ms. Voorhees, and every one of them, when they realize who I am in regards to a picture, they say, "You know, you scared me to death!" They'll come up, and they'll be a little spooked, because I wear a white sweater that looks like the one I wore in the film. It's all a joke, darling. It's all a laugh.