IDW Publishing and Disney/Lucasflim are targeting more of the younger crowd of comic-book fans with an upcoming release of a new 80-page graphic novel adaptation of Star Wars: The Force Awakens. First announced at last year's SDCC, it's another calculated piece of Disney's Journey to Star Wars: The Last Jedi tie-in publishing campaign leading audiences into the Rian Johnson film unspooling in December.

This fresh all-ages blast into the Star Wars Saga enters our galaxy in August, written by Alessandro Ferrari, with colorful art concocted by a talented team of Disney artists who are attempting to provide kids with a more accessible and familiar Disney animation style, better suited to starry-eyed adolescents.

Keeping with the continuity of IDW's other Star Wars prequel and original film interpretations in comics, this creative team remains intact throughout the project. IDW is doubling down with its young readers this summer, with the previously announced Star Wars Adventures monthly series showing the early days of The Force Awaken's intrepid heroine, Rey. 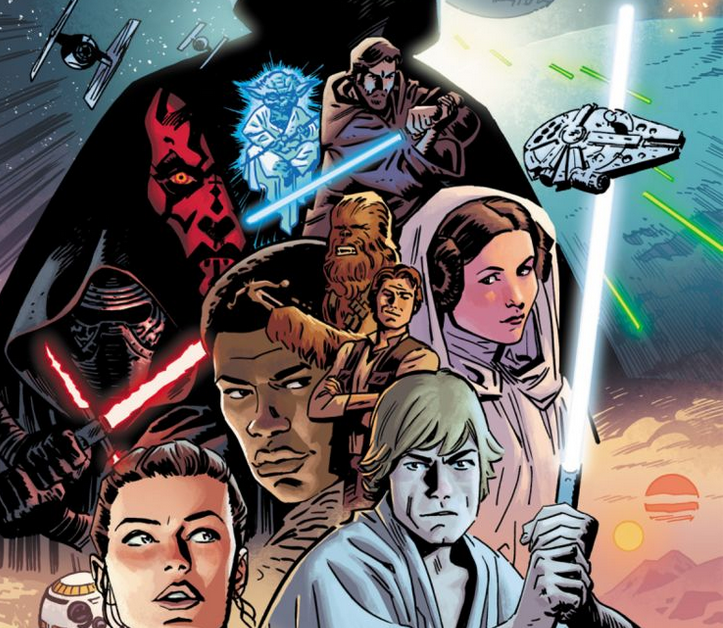 “IDW has long sought to offer the next generation of comic book fans ample reading choices, and being able to provide Star Wars comics aimed directly at that audience is a massive thrill. Disney has been a great collaborator with us and we’re very excited to delve into this particular corner of the galaxy," noted IDW’s chief creative officer, Chris Ryall, in a press release.

Here's a first look at the official cover for IDW's Star Wars: The Force Awakens and some previously released preview pages in the gallery below.