If Supernatural reveals God, who should play him? Or her?

Supernatural, The CW's addictive horror series, hasn't been shy about delving deep into biblical mythology this season, in which the Apocalypse comes to Earth: We've seen the archangels Uriel, Gabriel and Michael, not to mention Lucifer himself. But what about the big guy, God?

The show's mythology refers freely to the creator, suggesting he's an absentee landlord of sorts, and raising the question: Before the show's season wraps, will he put in an appearance, and who will play him? Or her?

Supernatural is getting a prequel, but these other spinoffs got ganked first
Jared Padalecki & Jensen Ackles’ Supernatural hubbub stressed out fans, and they're letting the duo know

No one's getting anything more than a "no comment" out of the show's producers. But the character of Castiel (Misha Collins) has been on the hunt for God since the beginning of the season, and with Death popping up at the end of the midseason finale and Lucifer (Mark Pellegrino) seemingly unkillable, who isn't thinking, "Where the heck is God with hell on Earth about to happen?"

(Spoilers and some of our theories ahead!)

This is even more of an issue because Lucifer is being played by Pellegrino, who also played mystery man Jacob last season on Lost (he really gets around!).

God has shown his hand on occasion: In the season premiere, someone plucked Sam and Dean from the jaws of Lucifer and put them on an airplane, and someone saved Castiel's ass.

Here are some thoughts on who might make a good God if and when the writers literally decide to flesh out the character: 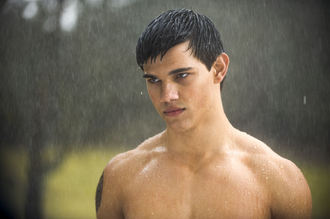 Gina Torres. She was the tough former soldier on Firefly and the all-powerful, if evil, Jasmine on Angel. When it comes to God saving the Earth, there's no reason things are going to be easy for the brothers. Her heavenly body is a force of nature, and let's face it, she could definitely mess with the boy's minds ... and Lucifer's.

Jonny Lee Miller. The Eli Stone actor already has a God connection, and he's got the acting chops to do the job. Besides that, he needs a job that will bring the British actor back to the states. 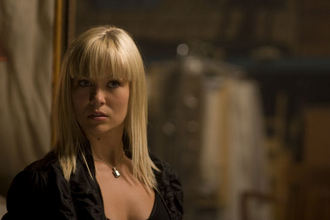 Emilie Ullerup. Since Sanctuary's Ashley has gone off to meet her maker (in theory, anyway!), we think she'd make a nifty God. Can't you just see Dean struggling to keep from hitting on God? Besides, Lucifer wouldn't stand a chance against her.

Robert Downey Jr. Who wouldn't actually cast him as the devil, given a chance? So how about a little casting against type? Can you imagine a more interesting or cooler God? (And it's not beyond the realm of possibility for the Iron Man superstar to do a bit of TV slumming. After all, he once guest-starred on Ally McBeal and voiced a role on Family Guy.) 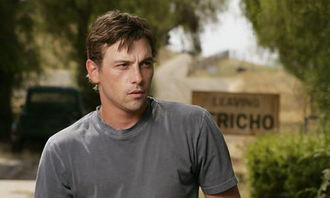 Skeet Ulrich, and not just because he's hot and has such a cool name. He dabbled with God both in Miracles and in his great CBS fall pilot, Back. Beyond that, we miss him now that Jericho's not on anymore.

Richard Dean Anderson. He'd be a fun God, and it's really time for him to move on from MacGyver and Stargate, don't you think?

Katee Sackhoff. Yeah, we know. You were thinking that if someone from Battlestar Galactica were going to be a candidate, it'd be Edward James Olmos. Not that he wouldn't make a good God, but we're kind of rooting for Katee on this one, since she's already played an angel, hasn't she? But she may have her hands full this season on 24.

Joss Whedon. Nope, he's not an actor. But he is a quipster, and we can't imagine anyone we'd like to play God more. (And he has guest-starred as a demon on his own Angel and played a car rental clerk in Veronica Mars once.)

For the latest sci-fi news, follow us on Twitter at @scifiwire
Tag: Supernatural
Close Search Return to SYFY homepage.