Images from the red carpet of Star Trek in Sydney

Star Trek held its world premiere in Sydney on Tuesday night, and we've got a few images from the movie's red carpet in front of that city's famed opera house.

Meanwhile, SlashFilm has helpfully compiled early reviews of the movie from the surprise screening in Austin, Texas, and the Sydney premiere, most of which are positive. 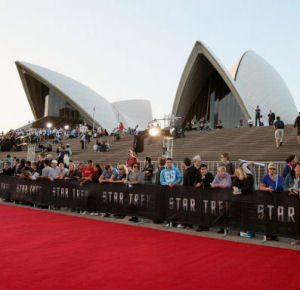 More than 1,500 people attended the gala premiere screening in the opera house.

Star Trek opens in North America in IMAX and conventional theaters on May 8.