James Cameron's sci-fi epic Avatar in part has an environmental theme that was underscored during the movie's production, when cast and crew visited the rain forests of Hawaii to rehearse and shoot reference footage for visual effects: They witnessed the real-life clear-cutting of trees that echoed a key scene in the movie. (Mild spoilers ahead!)

"When we went to Hawaii to rehearse with the cast, we actually saw clear-cutting, and it stopped us and sort of, I think, had a profound effect on everybody, just watching the clear-cutting going on," producer Jon Landau told reporters on Friday in London.

The scene echoed one in the movie on the alien planet of Pandora during which humans from Earth use giant industrial machines to cut down a sacred glade of glowing willow-like trees while Jake Sully (Sam Worthington)—in the form of a blue Na'vi "avatar"—and his Na'vi companion, Neytiri (Zoe Saldana), watch in horror. The scene brings home the movie's environmental message in an emotional, not intellectual, way, director Cameron said in a news conference.

"I think when the willow glade is destroyed after you've just seen what it means to Neytiri and to her people and the way that she explains it so reverently to Jake, and you've already just gone through this kind of experience of this beautiful, kind of magical place, and then when the bulldozers start to knock the trees down, I think that's an emotional response," Cameron said about the scene. "It's not an intellectual response, it's an emotional response. That's what I wanted. I wanted people to feel the environmental message, not think about it. Not sort of have it droning on as information. I mean, it's kind of the exact opposite of An Inconvenient Truth, with the bar graphs and all that, which is all, it's important information to have. We get that information from other sources. In something that's an adventure film, that's an action film, ... I think it's more important to get these concepts viscerally."

In having Avatar deal with serious themes, Cameron said he was trying to get back to science fiction's roots.

"Science fiction can operate on many different levels. It can operate as a cinema just purely of the visual, as cinema of imagination," Cameron said. "But, historically, the kind of science fiction I grew up on had a message. Usually it was a dystopian message; usually it was in the form of some kind of warning. And I think that as much as I loved Star Wars and I've loved all the films that came after that celebrated action and imagery, it was a kind of, it was a moment in history when science fiction became more escapist fantasy and less a warning and less a kind of intellectual medium. I think that Avatar was an attempt to merge it back, merge science fiction back to its roots of having a warning." 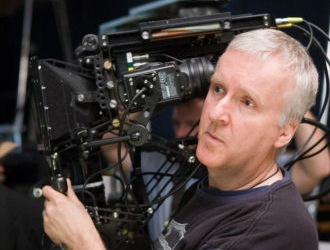 Star Sam Worthington said that the Hawaii experience also provided a light moment. "We went to Hawaii, obviously, to look at reference and stuff," he said.

"But I remember, we had to wear tails and ears and a flimsy G-string and run around basically half-naked, pretending to be our characters," he added. "Which was all well and good, except when some guy came up to me and said, 'What are you doing here in Hawaii?' And I said, 'Well, we're filming a movie, obviously.' And he looked over, and there's Jim Cameron with a rudimentary Handicam taking some reference [footage for visual effects], and he said, 'He's the director?' And I said, 'He's James Cameron.' And he said, 'F--k, he's gone a long way down since Titanic, right?'"