Chastain's out as Iron Man 3's sexy scientist, but look who's in

With work on Iron Man 3 ramping up now, the film saw a bit of a shakeup a few days ago when actress Jessica Chastain (The Tree of Life) dropped out of talks to play a new "sexy scientist" who rivals Tony Stark (Robert Downey Jr.) due to a scheduling conflict. But no worries, because they've just found a new leading lady.

Rebecca Hall (The Prestige, The Town) has now joined Iron Man 3, to play opposite Downey. According to Variety, Hall's character helps create the nanotechnology Extremis, which winds up in the hands of terrorists.

The plot for Iron Man 3 is rumored to pull heavily from Warren Ellis' great comic arc Iron Man: Extremis, which focused on the dangerous nanotech.

What do you think? Will Hall be a good fit for the Marvel universe? 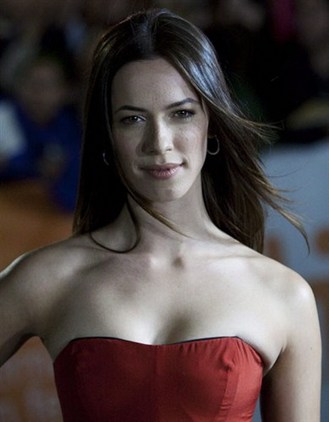