Director James Cameron said his own daughters were the inspiration for his proposed adaptation of the Japanese manga Battle Angel Alita at an Earth Day ceremony Thursday at 20th Century Fox Studios in Los Angeles to mark the debut of his Avatar Blu-ray and DVD.

"I just love the character," Cameron said in a group interview. "Maybe it's from having daughters. I have three daughters, and thinking about what it's like, the main character is this little girl that everybody kind of ignores. She's got such a heroic heart on the inside, I've always loved that character."

Drop in on Pandora with Dark Horse's new Avatar sequel comic series, 'The Next Shadow'
Glowing plants engineered with lit genes will make you feel like you live in Avatar

Cameron, Avatar producer Jon Landau and voice actor CCH Pounder were on hand Thursday to plant a tree to mark a partnership between Fox and Earth Day Network for the "Home Tree Initiative," which will plant 1 million trees native to each region in 15 countries by the end of this year.

Landau said that his Battle Angel movie would look at the humanity from a new perspective. "Battle Angel, I think, is a science fiction movie that begs the question 'What does it mean to be human?'" he told a group of reporters. "It takes place in a future world, a world that has cyborgs, but are you human if you have a mind, if you have a heart, if you have a soul? It's a journey of a young girl who tries to discover herself and what she learns upon that journey."

Battle Angel Alita would certainly follow in Cameron's tradition of strong female protagonists, including Terminator's Sarah Connor, Aliens' Ripley and Avatar's Neytiri. "Another strong female character," Landau continued. "I think the idea of this journey that Alita goes on is something that people can really identify with, the sense of self-discovery." 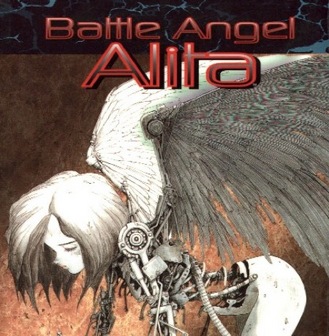 Twentieth Century Fox, the studio where Cameron made Avatar, Aliens, The Abyss, True Lies and Titanic, would produce Battle Angel should Cameron decide to make it next. Fox Film Entertainment co-chairman and chief executive officer Tom Rothman was at the ceremony on Thursday and said he has no preference between a new Cameron story in Battle Angel and a follow-up to the blockbuster Avatar.

"My preference is only that he makes another great movie for us," Rothman said in a group interview. "We've seen a lot of the stuff on Battle Angel over the last year, so we're very fired up about it. Look, James Cameron and 20th Century Fox have been in business together for over 25 years, one of the most successful partnerships in the history of the movie business, so that's something obviously that will continue."

It seems like Cameron has a thing for mecha-like robot walkers, judging from Aliens and Avatar. Could Battle Angel provide him another metal walker fix?