Oscar winner Jamie Foxx is branching out and has signed on to play the Big Bad in the Amazing Spider-Man sequel. But don't expect him to wear spandex and a goofy mask—his character's getting a modern makeover.

While promoting his latest film, Quentin Tarantino's Django Unchained, Foxx spoke about his next gig. The actor will play the villainous Max Dillon/Electro in The Amazing Spider-Man 2. As with most characters adapted from comic to screen, we can expect some changes.

He continued, "They want to try new things, like a liquid rubber and things like that, and there are all these bolts and stuff in my arms when they are hanging me upside down and trying to figure out what happened. How did he become this way? So, it will be some new stuff."

When it comes to the character's physicality, it sounds like Foxx will be put through the wringer. He's being hung upside down? There a bolts in his arms? This should be interesting. 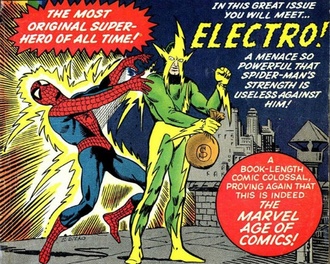